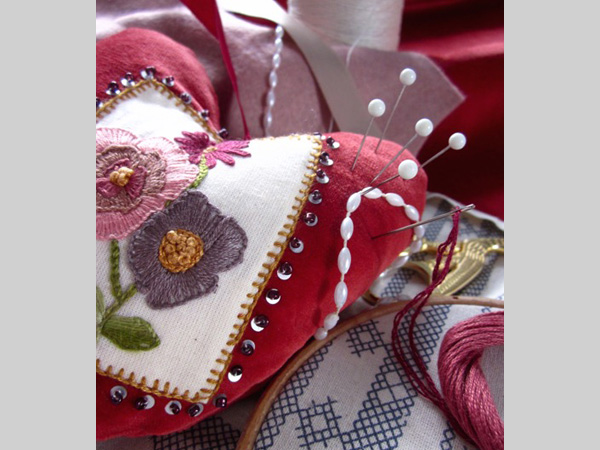 Join Up For Crafts and Merseyside at War for this exhibition held in the beautiful Hornby Library of Liverpool Central Library.

During the First World War many women joined initiatives such as the Women’s War Service Bureau, contributing their craft skills to knit thousands of pairs of socks to send to the troops.

Crafters from across Merseyside have taken part in a series of workshops exploring traditional stitching and knitting techniques, gaining skills to create ‘Sweetheart Pincushions’ and hand knitted socks for this exhibition recognising the unsung craftswomen of the First World War.

Suitable for ages 8 and up

Join us in the Hornby Library for this hands-on workshop creating mini ‘Sweetheart’ brooches inspired by the Pincushions in our display.

Up For Crafts is brought to you by Voluntary Arts England in partnership with BBC Radio Merseyside. Merseyside at War is a local history project commissioned by LJMU.