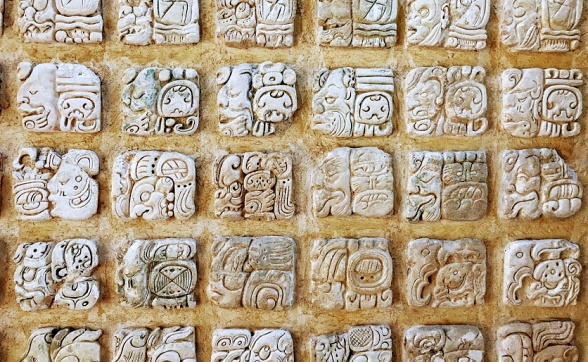 A talk by Jessica Coon (Associate Professor of Linguistics, McGill University, Montreal) and a conversation with Vincenzo Latronico (Writer, translator and guest co-editor of The Serving Library Annual 2018/19, Paris and Milan) curated by The Serving Library in partnership withLJMU’s Exhibition Research Lab for Liverpool Biennial 2018

If aliens arrived, could we communicate with them? How would we do it? What are the tools that linguists use to decipher unknown languages? How different can human languages be from one another? The recent science-fiction film Arrival touches on these and other real questions in the field of linguistics. In the movie, linguistics professor Dr. Louise Banks (Amy Adams) is recruited by the military to translate the language of the newly-arrived Heptapods in order to answer the usual question: why are they here? Language, it turns out, is a crucial piece of the answer. Although she has never worked with an alien, Coon was employed as scientific consultant for the linguistics in Arrival. In this talk and a subsequent discussion with novelist Vincenzo Latronico, she will discuss her own fieldwork on Mayan languages, what these languages can tell us about linguistic diversity and Universal Grammar, and how much any of this will help us at first contact.

The Liverpool Biennial 2018 public programme of talks concludes with the release of the new issue ofThe Serving Library Annual 2018/19 and the new volume of the Biennial’s free online journalStages.

The Serving Library Annual 2018/19 is guest co-edited by Italian translator and novelist Vincenzo Latronico, and is loosely assembled around the idea of ‘translation as medium’. Stages, edited by Professor Joasia Krysa, brings together contributions by some of the participants to the public programme, in connection with Liverpool Biennial 2018’s call Beautiful world, where are you?

Jessica Coon (b.1981) is Associate Professor of Linguistics at McGill University and holds the Canada Research Chair in Syntax and Indigenous Languages. Her research focuses on topics in syntactic theory, with a special focus on languages of the Mayan family. In addition to theoretical work, she leads collaborative language documentation and revitalisation projects with indigenous communities in Canada and Latin America. In 2015 she worked as the scientific consultant for the film Arrival, which stars Amy Adams as a linguistic fieldworker who is recruited by the military to decipher the language of the recently-arrived Heptapods. Since the film, Coon has helped create a public dialogue about linguistics and endangered languages through interviews and written work in outlets including Wired Magazine, The Washington Postand CBC’s The Current.

Vincenzo Latronico (b.1984) is a novelist and translator who lives between Paris and Milan. After the German publication of his second novel, La cospirazione delle colombe (The conspiracy of the doves), he has been named ‘a new master of Italian literature’ by the Frankfurter Allgemeine Zeitung. After publishing radical new translations of authors including H. G. Wells and Oscar Wilde, he is currently working on a new Italian version of Alexandre Dumas’ The Count of Monte-Cristo.