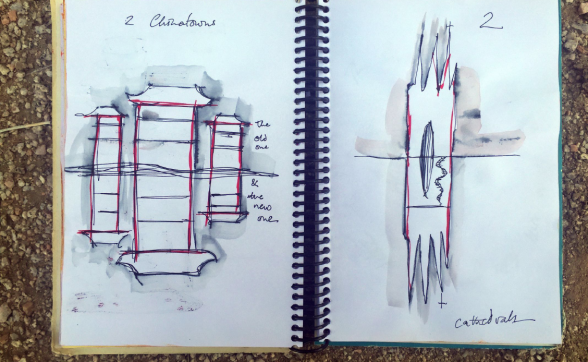 “There is a river inside you and you are sitting in the middle of it.”

Inside the ABC Cinema Marcos Lutyens’ hypnotic voice, drawing on words by Cooper Malasauskas with San San, opens Liverpool Biennial’s visitors up to the idea of the Biennial as a layered experience encountered throughout the city. The exhibition is no longer a series of objects on display, but a state of mind, a state of being that is activated inside you, and that remains even once you have left Liverpool.

As an extension of this audio suggestion, and celebrating the 60th anniversary of Guy Debord’sTheory of the Dérive (1956) which encouraged unplanned walks through urban space in order to encounter its socio-political affect, Marcos Lutyens invites you to wander through the streets of Liverpool in a heightened state of consciousness. This experience will place special emphasis on the unconscious links and cues that participants feel and yet rarely come to the surface. The exercise is a dynamic reading of the emotional ‘sinks and sources’ in Liverpool’s social spaces and projected histories.

The ‘dérive’ induction is orchestrated by Marcos Lutyens, descendent of the architect Sir Edwin Lutyens who made the plans for the unbuilt version of Liverpool’s cathedral, a building which was designed to be larger than St. Peter’s in Rome. Perhaps the lingering DNA strands will help to establish new, vast, as yet unbuilt structures and pathways in the minds of the participants.

Please meet inside Lutyens Crypt at the Methropolitan Cathedral. The walk will last for one hour, finishing at Museum of Liverpool.

This event is part of The City is a School, an experimental educational project that involves the Mediation and Volunteer team for Liverpool Biennial 2016. The public programme includes workshops, discussions, performances and film screenings.