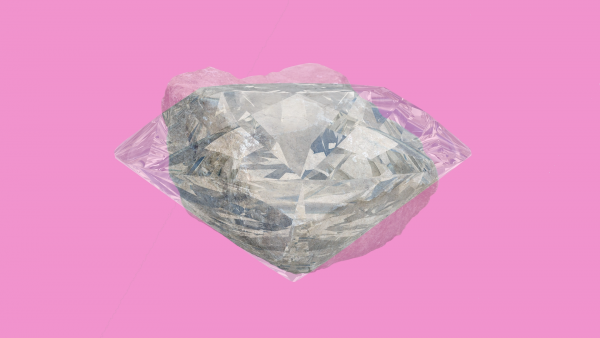 Join us to hear from some of the winners of this year’s Art in Liverpool Graduate Residency: Amber Akaunu, Fauziya Johnson, Harriet Morely and Sally Slingsby.

All are recent graduates of Liverpool John Moore’s University or Liverpool Hope University. Speaking together about their most recent works, their inspirations and their plans for the future, including a question and answer sessions with the audience.

Amber works predominantly with video and photography to dissect themes of identity, racism and hyper-masculinity. The negative depiction of Black people in media adds to the harmful stereotypes placed upon Black people globally. Therefore, Amber enjoys creating visual imagery that challenges this, by presenting the viewer with a “different” side to Black women and men. Amber’s ideas usually stem from heated debates and conversations with friends on current affairs to Hip Hop lyrics, as well as the work of Arthur Jafa, Solange Knowles and Mark Rothko.

Amber Akaunu recently graduated from Liverpool Hope University with a 1st class in BA Fine Art (Hons). During Amber’s final year in university she, and classmate Fauziya Johnson, started ROOT-ed Zine. ROOT-ed Zine is an independent magazine and social platform that aims to promote, support and inspire creatives of colour within the North West of England. Amber and Fauziya started the zine after noticing a lack of representation and opportunities for North West creatives of colour. Amber is also currently on a three-month residency with FACT, in which she aims to create artwork and content for ROOT-ed on the topic of hair.

Amber’s most current body of work is titled 39 and is a series of 39 videos that have each been inspired or influenced by a Hip Hop lyric.

My work specialises in photography and drawing, where the subject matter consists predominately of portraiture of people of colour within North West communities. A section of my portfolio is also of modern architectural structures within the U.K, as I link certain issues of this modernism to my Black identity. Photography is my raison d’être because of the freedom of documentation, archiving and expression derived from the platform. My drawings are generally figurative or methodical in preparation for a photoshoot.

Contextually, my work challenges the continual issues of systemic racist practice of Orientalism, exoticism, and fetishism, relating this to the discourse of people’s cultural opinions within the Afro-Caribbean community in the U.K today. This primary focus has several tributaries, which include: cultural appropriation, modern feminism and anthropology. During my last year at Liverpool Hope University in my Fine Art degree, I co-founded ROOT-ed Zine, which we specialise in promoting and positively representing creative people of colour within the North West of England.

Exploring the lexicon of online interaction, Slingsby’s recent series of work studies the intimate dialogue and customary behaviours expressed through Vlogging, a subculture formed on YouTube. Through interactive performance Slingsby’s work addresses issues relating to social control and the jurisdiction of behaviour when operating through online spaces. The directives of her performance draws a narrative between the mechanisms of social media and the censorship and distortion of how we function in reality.

Slingsby has exhibited as a solo artist and in group shows throughout the UK, she is currently an artist in residence at The Royal Standard having been awarded the Poly Prize in July 2018. She co-founded artist-run collective YAW an initiative working to facilitate studio spaces for emerging artists with The Independents Biennial 2018. She is currently working with the engagements team at Bluecoat – Liverpool’s centre for the contemporary arts.

Harriet is an artist from Suffolk who has just graduated from Liverpool John Moores. She has worked with ideas that surround and involve digital culture, technology, how we exist in an age of online documentation including the distractions that come between physical and technological realities. She explores humans placement and displacement in relation to this, recycling and dismantling performances and conversations. She works in ways that engage with recorded and live processes, fluctuating between the two. A method that is necessary for her practice to unfold is by recording, transcribing, analysing and deconstructing.