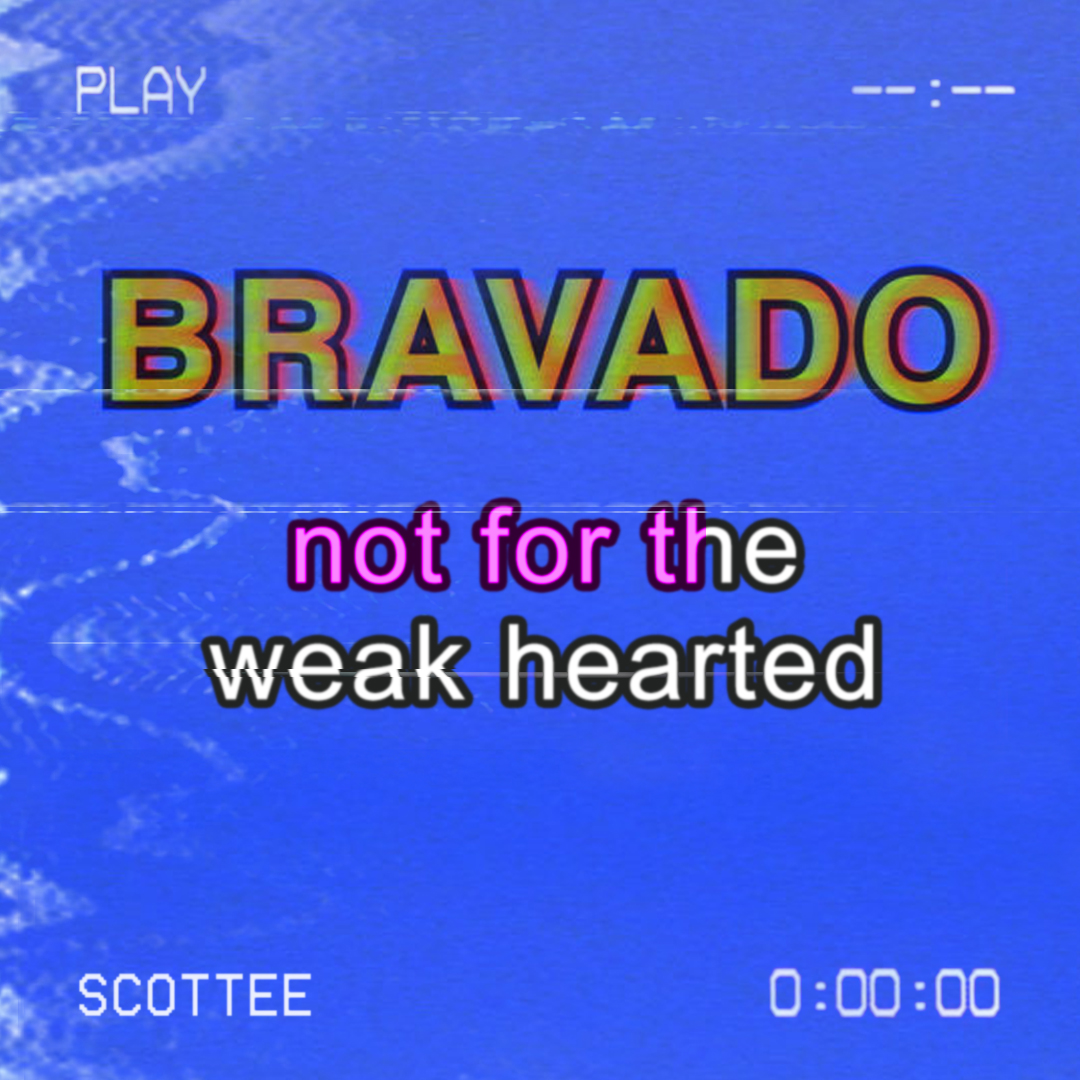 Scottee grew up around strong, brave and violent men and boys. Bravado is his memoir of working class masculinity from 1991 to 1999 as seen by a sheep in wolves clothing.

Bravado explores the graphic nature of maleness and the extent it will go to succeed. Blood, spit and tears are set against the drunken backdrop of aggressive sensitivity and Oasis songs.

This show is not for the weak hearted – it includes graphic accounts of violence, abuse, assault and sex.

Scottee is an artist from London, who lives by the seaside in Essex. Scottee’s work is often about outsiderness; race, sexuality, class, age and gender, creating spaces where the perceived underdog is celebrated, at the forefront and no longer ignorable.

The Worst of Scottee won Total Theatre Award for Innovation in 2013 and in 2015 Scottee was included on Independent’s Rainbow List as one of Britain’s most influential LGBTQI+ people. This year Scottee created and directed the critically acclaimed Putting Words in Your Mouth, which was listed as one of Matt Trueman’s top 10 shows of 2016.

Scottee is not easily definable; artist, troublemaker, loudmouth, showoff and attention seeker. His work is live, brash, clumsy and will often leave you covered in confetti.

Reviews for Putting Words In Your Mouth at the Roundhouse, 2016