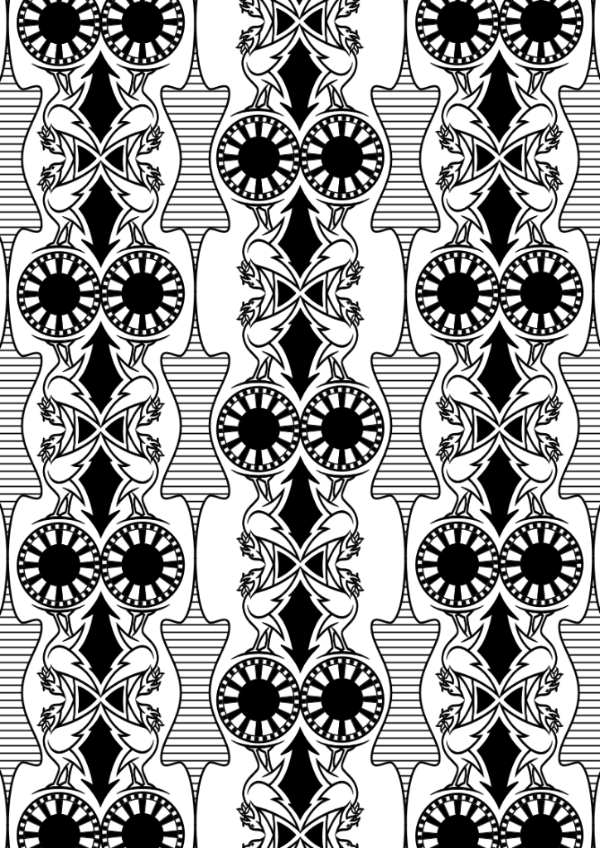 Who’s up next at the egg I hear you cry! Well, coming up next week we have a Liverpool inspired exhibition by Andrea Taylor. Isn’t that jolly scoustastic!

On Thursday 2nd November you are all cordially invited to join us at the private view from 7-8:30pm. Come along, get a drink, peruse the artworks for sale and meet the artist.

Here’s more on Taylor and her ‘Iconic’ exhibition…

Andrea Taylor holds a first class arts degree and an endless passion for pattern. In December 2015 she chose to make Liverpool her home after a nomadic upbringing across the globe and UK because of its rich and diverse art, culture, history and music. She really likes the people too.

‘Iconic’ is an exhibition of repeat pattern artworks homaging six of Liverpool’s most world renowned landmarks:

Liverpool Lime Street – at one point the largest train shed in the world and the first to use iron throughout.

St George’s Hall – designed with a dual function to house a concert hall (with a floor of over 30,000 Minton tiles) and law courts, it is recognised as the first building in the world to be air-conditioned.

The Picton Reading Room – modelled after the British Museum Reading Room, it was the first electrically lit library in the UK.

Royal Liver Building – distinctly visible from many locations across the city and one of the Three Graces, the first major structure in Britain and one of the first buildings in the world to be built using reinforced concrete.

Cunard Building – one of the Three Graces and until the 1960’s the headquarters of the Cunard Line. When merged with the White Star Line (of RMS Titanic fame) 1934-1950, it became the largest passenger steamship company in the world.

Port of Liverpool Building – one of the Three Graces and former Dock Office (1907-1994). It is decorated with numerous sea and maritime operations references to display Liverpool’s importance to the maintenance of the British Empire. Not part of the initial plan, the dome was added to give the building a more imposing look and was inspired by an unused design for Liverpool’s Anglican Cathedral.