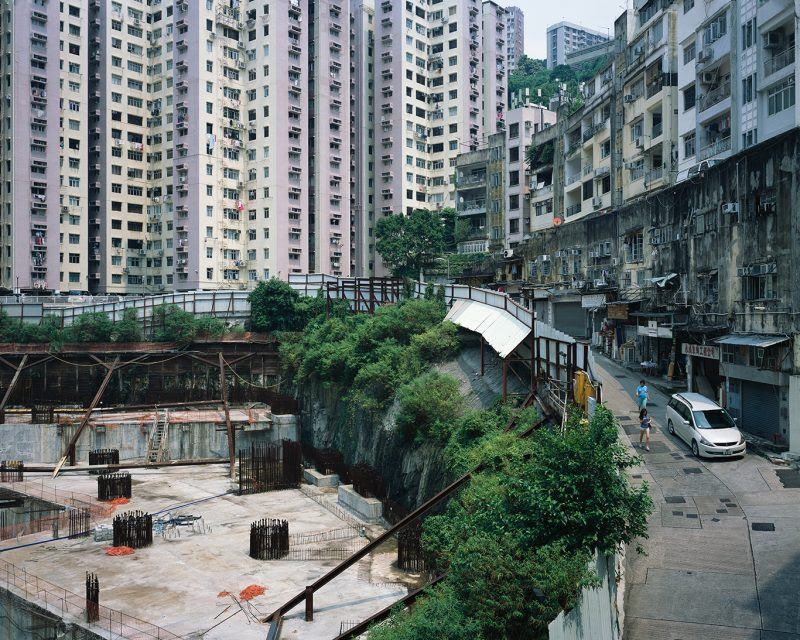 HeadSpace are happy to be part of the Fringe programme with selected artistsresponding to the themes of China and urbanism.

We are having a Private View to launch the exhibition next Thursday 6th April from 7-8:30pm,  so please join us for a drink and take a look at the work on display!

If you miss the opening night don’t worry, the exhibition will run until 14th May

Z-Axis aims at documenting the type of multi-level urban design in Hong Kong. Through Z- Axis one can gain more understanding of (i) how the topographical factor impacts Hong Kong people’s habitation and (ii) to what extent the land has been altered in an attempt to adapt to the natural environment.

What You Imagine You Create

The urban environment is becoming China’s most prolific creation with nearly 60% of its population living in cities. In 1949 the communist party declared the state to be the new church and banned religion for 30 years. Today worship is permitted and growing, one way of coping with life’s urban pressures.

The series One Child Policy shows the tiled murals promoting the controversial policy introduced in China in 1979 to slow the population growth rate, it is estimated to have prevented 400 million births and has had countless knock on effects. Photographed in rural China the murals also promote the benefits of having a girl. The policy ended in 2016 where couples may now have two children but the long term effects of nearly 40 years of population control will remain to be seen.

My project focuses on the locals who live and work amongst the urbanisation of Hong Kong. With a population of over 7 million people, Hong Kong is expanding to the skies to fulfil accommodation for all. I attempted to explore the different surrounding area’s from markets to residential blocks to see it for myself.

LOOK, established in 2007, is a biennial international festival of photography, based in Liverpool. The four week festival features work by emerging and established artists, including new commissions, historical work, contemporary solo and group shows. It exists to celebrate and explore every facet of photographic practice and has become one of the leading photography festivals in the UK.

Curator Ying Kwok says, “This festival centres on the theme of urbanism and the challenges we face globally and locally. We are living in a shifting world that changes and where interactions take place on a daily basis. I believed artists play an important role in inventing their own universe, and re-inject the liveliness into the world we live in. They respond to the world and bring our attention to particular subject matters that worth thinking through.”

The full list of exhibitions is at LOOK/17 www.lookphotofestival.com/programme/exhibitions