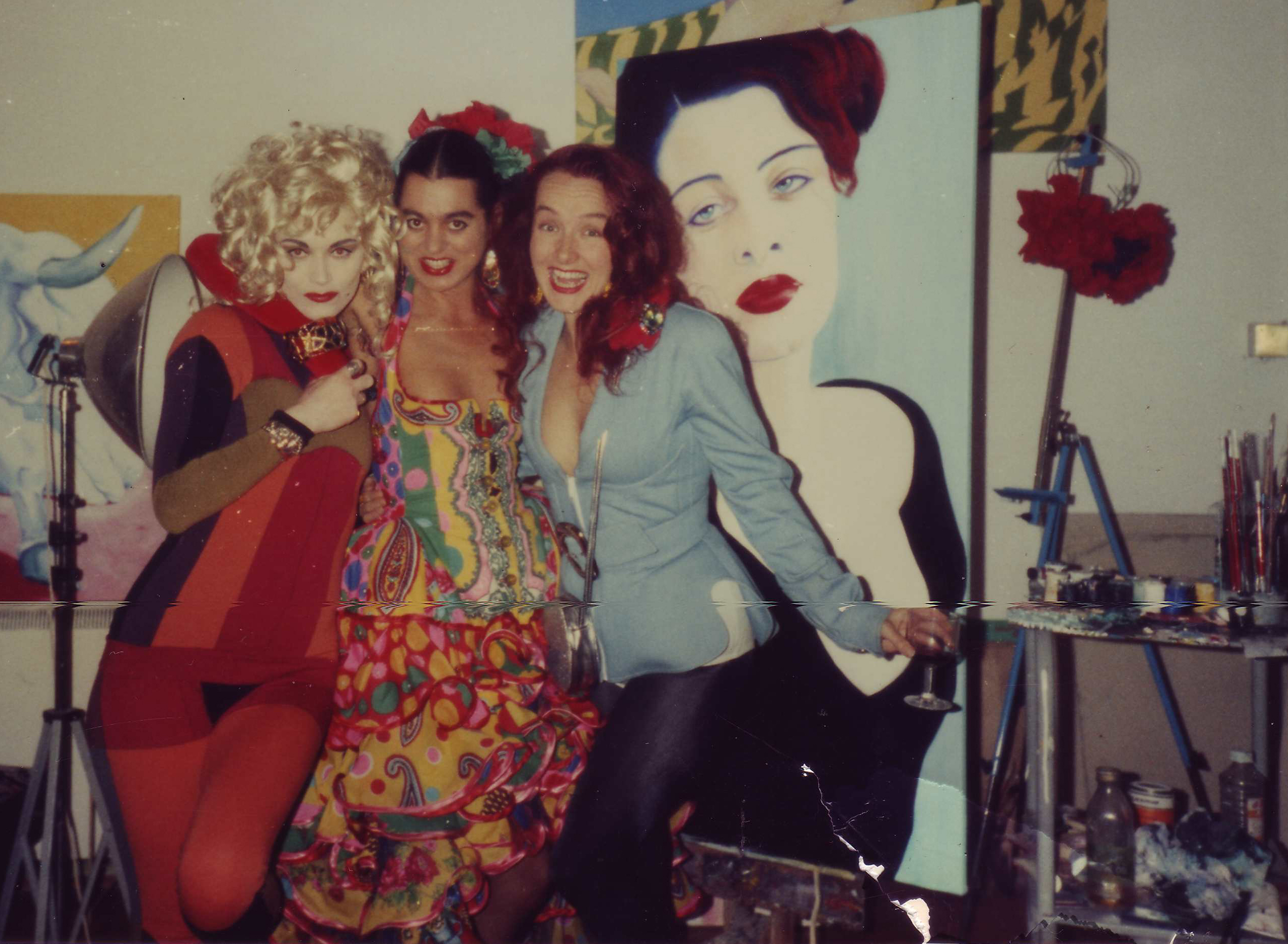 Luciana Martinez, Artists and Muse, opens at The Gallery Liverpool. It runs from 17th June until 7th July.
When the extraordinary Luciana Martinez died aged 36, her work was protected and stored by her adoring gay friends. This is the first time her beautiful paintings have been exhibited since her untimely death in 1984.
An iconic woman, Luciana appeared in Derek Jarman’s film, ‘Jubilee’ and was painted by Andrew Logan, Kevin Whitney and Duggie Fields, whose work will also be shown.
The exhibition is part of a programme at The Gallery, curated by DuoVision, called “Homospectives’, exploring revolution, rebellion and gay visibility. Marking the 60th anniversary of the ground-breaking Wolfenden Report in 1957, and the anniversary of the Sexual Offences Act in 1967, legalising homosexuality the series of exhibitions explore the artists muse, the ‘faces’ of London’s avant garde gay scene and works reflecting on LGBT life pre and post the Sexual Offences Act.