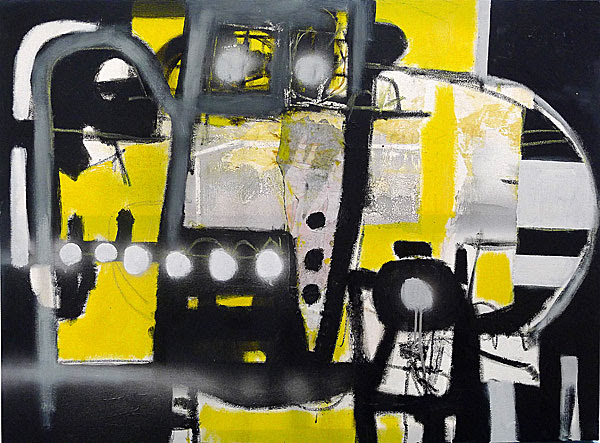 Fresh from his successful major exhibition in the Huyton Gallery it’s great to have Paul back with us showing his latest works.

Paul has always cited grafitti as an influence and his work has always featured found ephemera and inspiration from the walls of the city. These pieces are much closer to those infuences and show a vibrancy and immediacy found in those images. His paintings have an emotional immediacy that is completely engaging and yet continues to reward further analysis. His use of colour, texture and composition is assured and considered.

His painting is never completely abstract and it’s often easy to see symbols and glimpses of architectural features.He also admits the influence of living in a maritime city with its images of ships and an industrial heritage.

Paul seldom exhibits outside the North West but has works in private collections in London, New York and the Far East. He has quietly developed a loyal following in his hometown of Liverpool and is becoming increasingly admired by collectors and his peers.