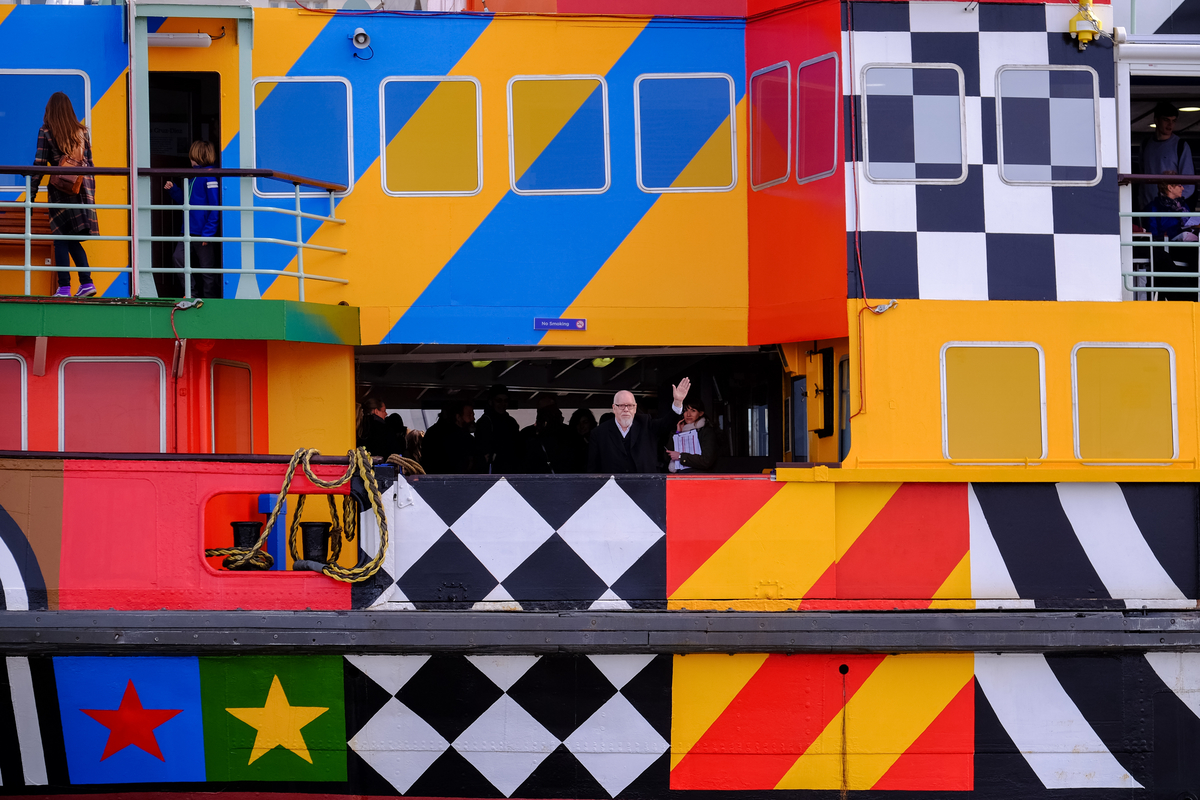 Join us in celebrating the two-year extension of Liverpool’s iconic Dazzle Ferry at a special event with the artist. Considered one of the major figures of British pop art, Sir Peter Blake will be in conversation with art historian and writer Richard Cork at the Museum of Liverpool about his commission and wider practice.

Sir Peter Blake’s artwork for the Mersey Ferry Snowdrop, Everybody Razzle Dazzle, was commissioned in 2015 by Liverpool Biennial, 14-18 NOW: WW1 Centenary Art Commissions and Tate Liverpool, in partnership with Merseytravel and National Museums Liverpool. The Snowdrop was due to be returned to her original paintwork at the end of 2016 but will now be kept until the beginning of 2019.

This extension will see the Dazzle Ferry through Liverpool’s 10-year anniversary of ‘European Capital of Culture’ and the continuing First World War commemorations. Everybody Razzle Dazzle was designed to mark the war centenary, inspired by dazzle camouflage designs on merchant navy vessels intended to confuse the enemy.

Why not make a day of it? All event bookers can claim a special 50% off tickets for the Ferry’s 50-minute River Explorer Cruises on Sunday 23 April by showing their ticket at the Pier Head terminal. Dazzle Ferry departs from Pier Head on the hour (10am – 4pm).

A Liverpool Biennial event delivered in partnership with Museum of Liverpool, with support from Hard Days Night Hotel.