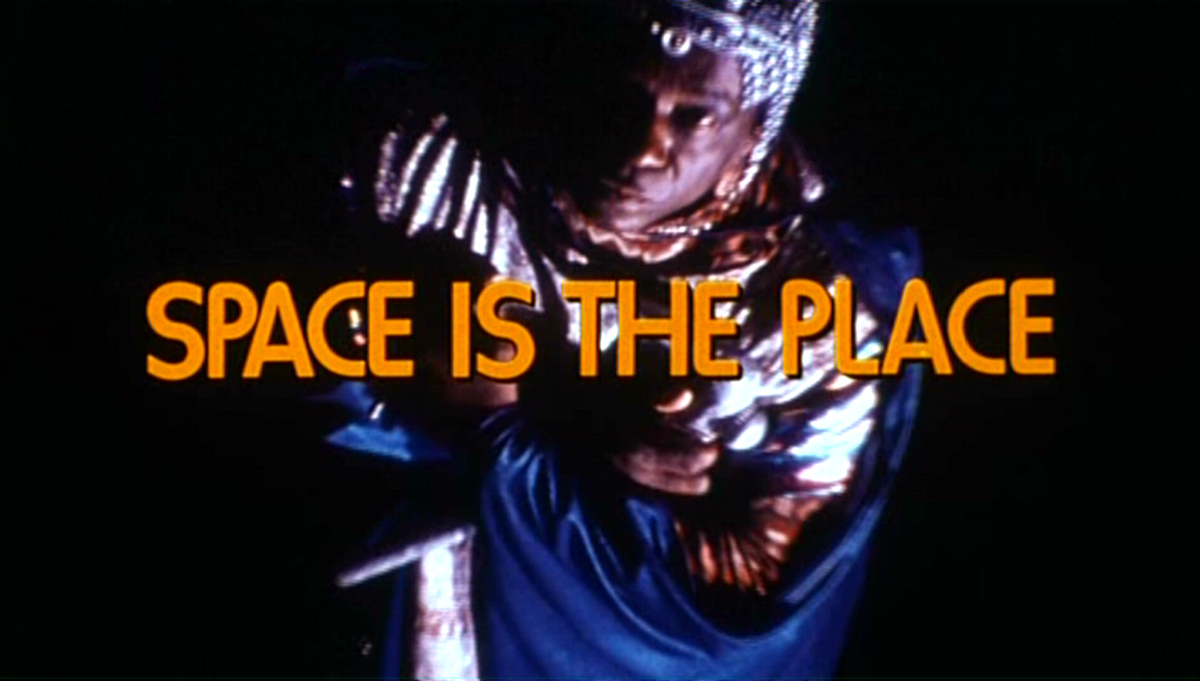 Written by and starring Sun Ra, Space is the Place is an Afrofuturist science fiction film released in 1974. It follows Sun Ra and his Arkestra arriving in Oakland, California from Outer Space, returning to earth to resettle the African Diaspora on a new planet. While on earth he meets a mysterious character called “The Overseer” who ensues to battle Sun Ra in a fateful card game for the “future of the black race”.

Featuring concert footage from Sun Ra and the Arkestra and music from the classic soundtrack of the same name, Space is the Place is a key touchstone in Afrofuturism. It is being screened in Liverpool for the first time in 5 years in conjuncture with the Arkestra performing at 24 Kitchen St later in the evening. We invite the audience to join us in walking to 24 Kitchen St after the screening to enjoy the performance.