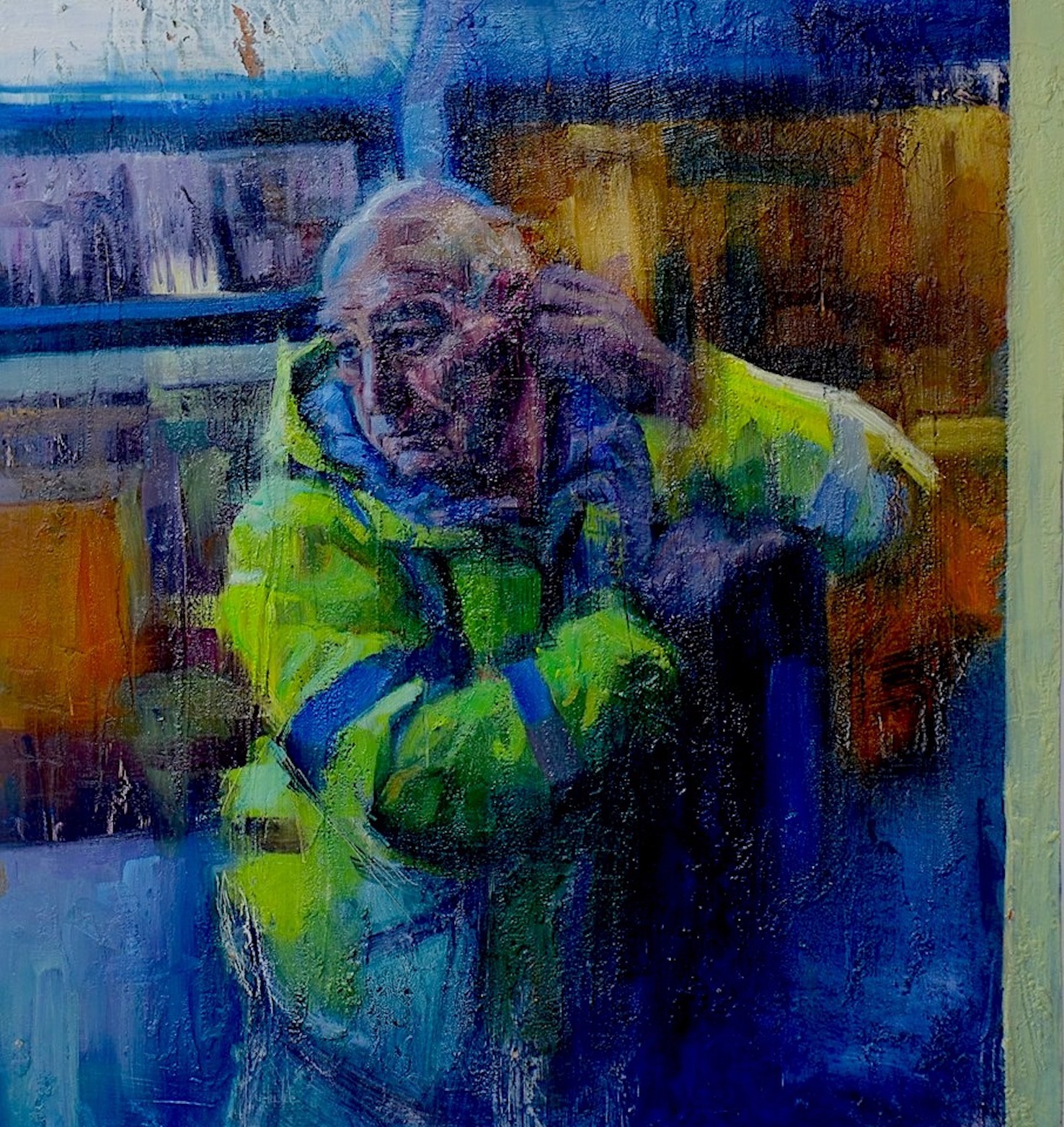 This exhibition continues the collaboration of Road Studio members Jacob Gourley and Louis Jeck Prestidge. Both working side by side in the studio over the past year, they have shared skills and experiences that have developed and encouraged new avenues of investigation within their practices. This has culminated in a collaboration exploring the meaning surrounding narrative in the everyday. Stories that emerge from a series of fleeting moments on public transport and snapshots of famous actors on television. They have each formed a visual language tracing fundamental human concerns through the articulation of the mundane.

Jacob’s practice is largely centred around portraiture, combining a painterly realism with a hard edged abstraction. With areas of illusion aside flat sections of colour, he places his figures in an ambiguous, often surreal pictorial space. Jacob is interested in making the familiar unfamiliar; an ongoing body of work which he has blanket titled ‘Connection’ looks at people on public transport. Acting as a voyeur, through candid photographs and sketches, he attempts to capture people on his journeys. These later become the reference material for his paintings, which each aim to transform a mundane, everyday subject into a surreal, emotionally charged portrait.

Louis Jeck Prestidge uses painting and filmmaking to explore our relationship with the moving image. Using archive clips of Parkinson interviews from the 1970s, Louis develops a dialogue between the viewer and the subject seen onscreen, forming narratives that illustrate his own unique personal history. The paintings are composed in 4:3 dimensions, a ratio of old television screens before widescreen television. These images are used as a template to explore the rituals inherent in our everyday lives.