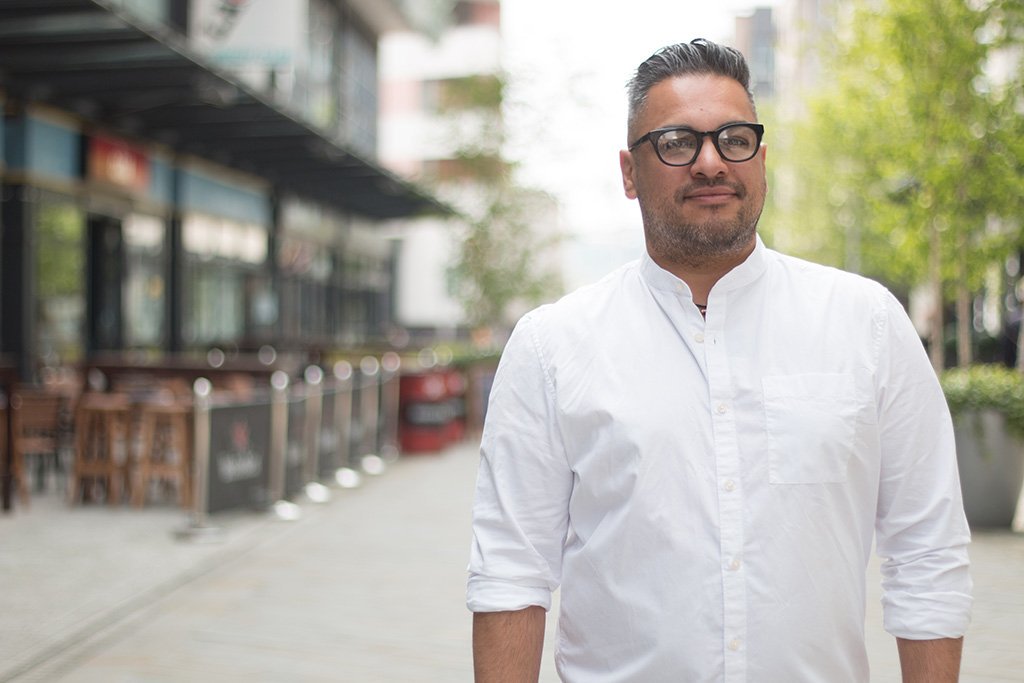 Join us when writer Nikesh Shukla reads and discusses his acclaimed new anthologyThe Good Immigrant. The Good Immigrantbrings together twenty one British black, Asian and minority ethnic writers, poets, actors, journalists and artists to discuss race and immigration in the UK.

Nikesh Shukla will be joined on the night by poet and academic Sandeep Parmar.

“Unless you have managed to transcend into popular culture, like Mo Farah, Nadya Hussain or the other ‘good immigrants’ out there. It’s a bad time to be a bad immigrant. My conversation with Musa Okwonga about this led to the very generation of this collection. I said I wished there was a book of essays by good immigrants. He reminded of the Chinua Achebe quote, if you don’t like the story, write your own.”Nikes Shukla.

Biography: Nikesh Shukla’s debut novel, Coconut Unlimited, was published by Quartet Books and shortlisted for the Costa First Novel Award 2010 and longlisted for the Desmond Elliott Prize 2011. Metro described it as ‘a riot of cringeworthy moments made real by Shukla’s beautifully observed characters and talent for teen banter’. In 2011 he co-wrote an essay about the London riots for Random House with Kieran Yates, Generation Vexed: What the Riots Don’t Tell Us About Our Nation’s Youth. In 2013 he released a novella about food with Galley Beggars Press, The Time Machine, donating his royalties to Roy Castle Lung Cancer Foundation. The book won Best Novella at the Sabotage Awards.

His second novel, Meatspace, was published by The Friday Project. ‘Like Douglas Coupland’s Generation X,’ according to the Guardian, ‘this novel captures a cultural moment.’ It’s been lauded by the New Statesman, BBC Radio 4, the Independent on Sunday, and the Daily Mail.

His short stories have featured in Best British Short Stories 2013, Five Dials, The Moth Magazine, Pen Pusher, The Sunday Times, Book Slam, BBC Radio 4, First City Magazine and Teller Magazine. He has written for the Guardian, Esquire, Buzzfeed, Vice and BBC 2. He has, in the past, been writer in residence for BBC Asian Network and Royal Festival Hall.

Dr Sandeep Parmar is Senior Lecturer in English Literature at the University of Liverpool. Her research interests are primarily British and American women’s writing of the early twentieth century, modernism, innovative/avant-garde twentieth-century and twenty-first-century poetry in English, and UK poetry and race. Her essay, ‘Not a British Subject: UK Poetry and Race’ appeared in 2015 in the Los Angeles Review of Books. Other publications include: Reading Mina Loy’s Autobiographies: Myth of the Modern Woman, a scholarly edition of the Collected Poems of Hope Mirrlees and the Collected Poems of Nancy Cunard (Carcanet Press), and two books of her own poetry: The Marble Orchard and Eidolon (the latter is a rewriting of the myth of Helen of Troy in modern America). She has reviewed and written essays for the Guardian, The Los Angeles Review of Books, the Financial Times, the TLS and the Times Higher Education. She is a BBC New Generation Thinker for 2015 and Co-Director of Liverpool’s Centre for New and International Writing.