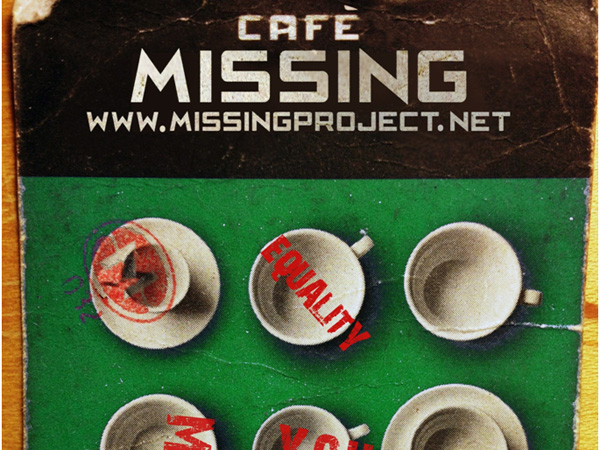 Café Missing – Serving Soon
A brand new pop up Café is coming to Liverpool. For two days only!

Café Missing is a new performance project by Fittings Multimedia Arts who are based at the City’s Bluecoat arts building on School Lane.

Café Missing will feature music from Scottish acoustic duo ‘Bella and the Bear’ (http://www.bellaandthebear.net/), Nottingham Hip-Hop artist and on-line chef Juga-Naut (https://juganaut.wordpress.com/) with poetry and rhythm by David ‘Stickman’ Higgins and deaf actor and drummer Jacob Casselden, who featured in the Paralympics opening ceremony in 2012.

Most of all it will feature the words of the young people themselves talking about what’s Missing in their lives and their hopes and dreams for the future.

Since 2014 Fittings have worked with over 450 young people across the North and Midlands to find out what they think is ‘Missing’ in their lives, the country and the world and what they’d do to change things. Café Missing places these ideas centre stage.

A diverse range of artists have been working with the young people – who have been drawn from Deaf, disabled and socially excluded groups – to help them communicate their ideas. Rap, poetry, film making, a mix of hip-hop and acoustic music, visual art and signed performance are amongst the art-forms the groups have worked with and the ideas so far have been collected in the form of short films, made with Liverpool based First Take, on the project website – www.missingproject.net

The Café Missing performance event is being created in Liverpool and will open at Bluecoat before touring back to each of the groups’ towns and cities so that some of the young people can take part in performances alongside the professional artists.

Garry Robson, Fittings Artistic Director, who has been writing scenes based on some of the young people’s work and who will be directing the performances says:
“This whole project has been a fantastic experience for the company and its artists. Not a day goes by when we aren’t blown away by the ideas and energy these young people bring to the table. Food is a great way of bringing people together and Café Missing will be an amazing opportunity for our audiences to sit and break bread with one another and be energised and entertained by an interactive piece of theatre that uses storytelling, music, song, spoken word and film to tell these young people’s stories in their own way and in their own words.

As Café Missing goes on tour, visiting new towns and cities and working with new groups of young people it will carry with it a legacy that helps other young people talk about their hopes their needs and their dreams. This is one party you don’t want to miss!”

Café Missing opens on Saturday 19th March at 2pm and 7pm and on Sunday 20th March at 2pm before touring until May.
Tickets are available by calling Bluecoat on 0151 702 5324 or online: http://www.thebluecoat.org.uk/events/view/events/3360 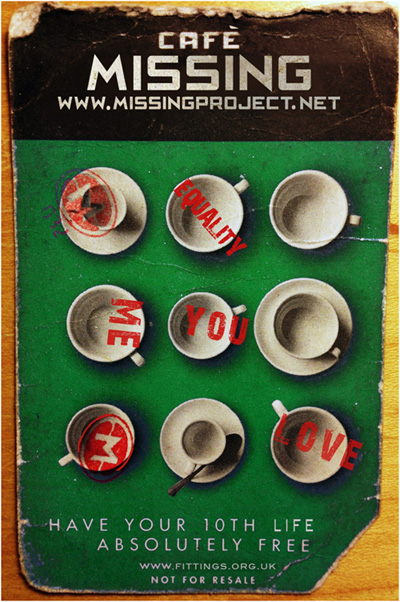