Home Blackburne House: Liverpool Biennial 2018: Beautiful World Where Are You?

Blackburne House: Liverpool Biennial 2018: Beautiful World Where Are You? 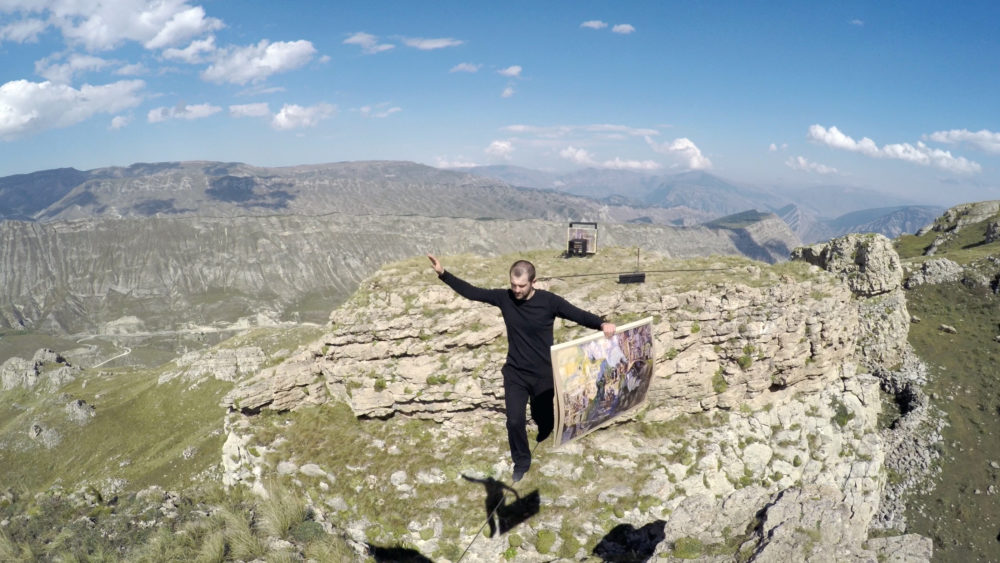 Blackburne House: Liverpool Biennial 2018: Beautiful World Where Are You?

Blackburne House is located in the city’s Georgian Quarter and was the home of the first girls’ school in the country. Currently an educational centre for women and home to a number of social enterprises, it houses new commissions by Taus Makhacheva and Rehana Zaman.

Taus Makhacheva has created a ruin-like sculptural installation that serves as a spa, in collaboration with artist Alexander Kutovoi. The installation incorporates ASMR (Autonomous Sensory Meridian Response) techniques and video. A new range of beauty products has been developed with Tigran Geletsyan from 22|11 Cosmetics for spa treatments. Throughout the Biennial, visitors are invited to book a facial treatment, which will be conducted by a performer and take approximately 30 minutes. In this passive state, the visitor becomes a sculptural subject. During the treatment, stories about artworks that have disappeared throughout the history of art will be told. The work reflects on our contemporary condition, dominated by screens and membranes, anxiety and lossof intimacy.

Rehana Zaman’s new film has been developed over the course of six months with a group of young women from Liverpool at Blackburne House; it is also the starting point for a new women’s film co-operative. How Does an Invisible Boy Disappear? draws upon marginalised histories of the city and explores the work of anti-racist and women-led grassroots film organisations. The group has documented the development of the co-operative as the project has unfolded, addressing their experiences as young women of Somali and Pakistani background and the complexities of working collaboratively. It interweaves fictional and non-fictional accounts of past, present and invented occurrences to examine how spaces and positions of authority are gendered and racialised.

Blackburne House, located in Liverpool’s vibrant Georgian Quarter, was the home of the first girl’s school in the country. The beautiful Grade II listed building is now a home for women’s education with services including a health spa, nursery and bistro. Blackburne house also hosts conferences and events, ensuring a space in the city for events that champion the voices of local women.