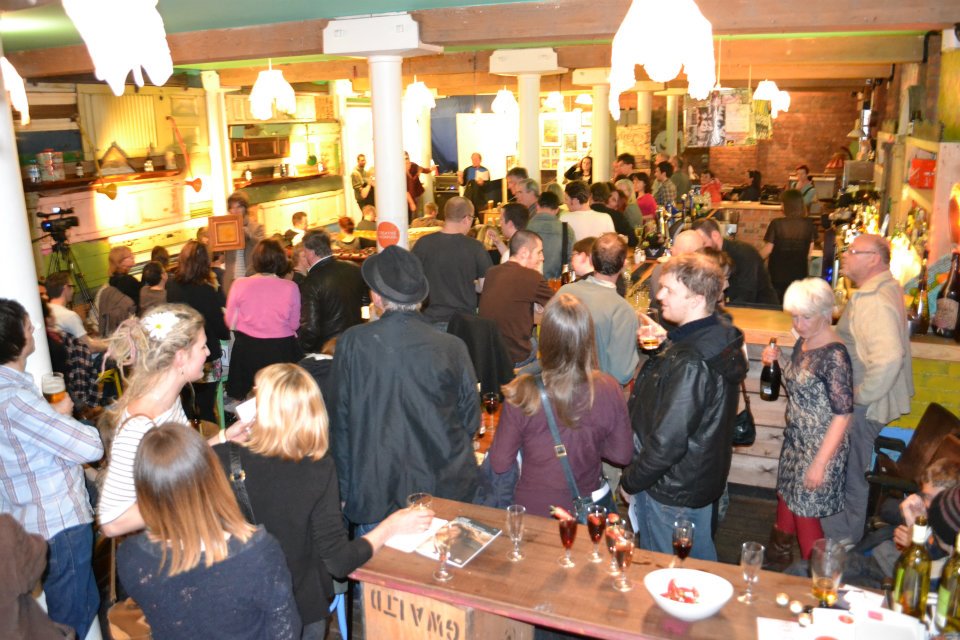 This July the legendary Arena Auction returns!  Hosted by Arena Studios and Gallery, the Auction will take place in the Baltic Social, 27 Parliament Street, Liverpool  L8 5RN, on Thursday 21 July 2016, with registration from 5pm and the bidding kicking off at 7.30pm.

Established and emerging artists alike have submitted artwork to be sold to the highest bidder in this exciting event.  The Arena Auction is an historic event harking back to the days when the studios began its life in Arena House on Duke Street.  The art historian and writer Paul O’Keeffe has been Arena’s auctioneer since anyone can remember and with catchphrases like “One for the nursery!” (more often used to describe artworks that are quite the opposite), Paul’s uber-enthusiastic auctioneering skills make The Arena Auction a night to remember.

This is a fantastic opportunity to buy great art by local artists and also support Arena Studios and Gallery with its work as a registered charity providing affordable studio spaces for artists and an exciting programme of events and exhibitions throughout the year.  The artworks to be sold on the night are listed on the Arena website CLICK HERE, featuring images and all details and there will also be the opportunity to view the original artwork in the Arena Gallery from 5pm – 6.30pm on Auction night.  If you’re not able to come on the night but there is something you have your eye on, never fear, you can contact us to arrange for someone to bid for you, or for you to bid by telephone.

The Auction venue, The Baltic Social is on the ground floor of Elevator Building, below Arena Studios and Gallery. Check out their great food menu and come early for a bite to eat before the auction starts.

The Arena Gallery is having a special opening so that you can view the Auction artwork on Wednesday 20th July from 6.00pm – 8.30pm.

To access the Arena Gallery, enter the Baltic Social bar, then press the doorbell on the Arena sign, which is to the left of the lift behind the sweet machine. Someone will come down to meet you.