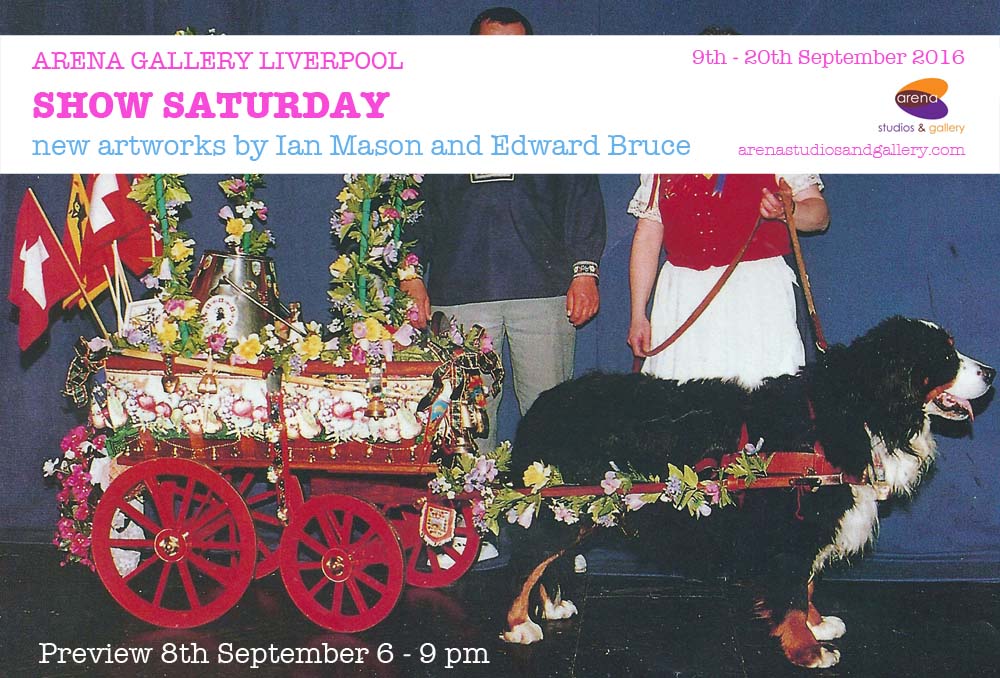 9th September 2016 – 20th September 2016
Private View: 8th September 2016, 6pm – 9pm
Artists’ Talk : 10th September 12pm – 1pm – Join artists Edward Bruce and Ian Mason in a discussion of their work. Free.
Also by appointment: Email: info@arenastudiosandgallery.com to arrange.
A show that pairs two artists whose work references English country life transformed and disrupted by urban forms. Ian Mason deconstructs and reconstructs the ‘dog portrait’ of the Kennel Club breeds. Edward Bruce re-presents model wagons of heritage agriculture overlaid by urban pop art. The work is united by the theme of the country show, where thoroughbred animals and things are judged and awarded prizes, where people come to honour pedigree and craftsmanship. Yet traditional rural forms are altered by our urban society. This exhibition examines this influence and presents ‘strange’ hybrid forms of town and country.
Edward Bruce: edwardbruce.net   edwardbruceartist.tumblr.com
Ian Mason: averymoderndog.tumblr.com
Arena Studios and Gallery
1st Floor, Elevator Building
27 Parliament Street
Liverpool
L8 5RN
Arena is only open to the public during exhibitions and events. To access Arena enter the Baltic Social Bar and press the doorbell on the Arena sign, next to the door, to the left of the lift. Wait there and someone will come and get you.