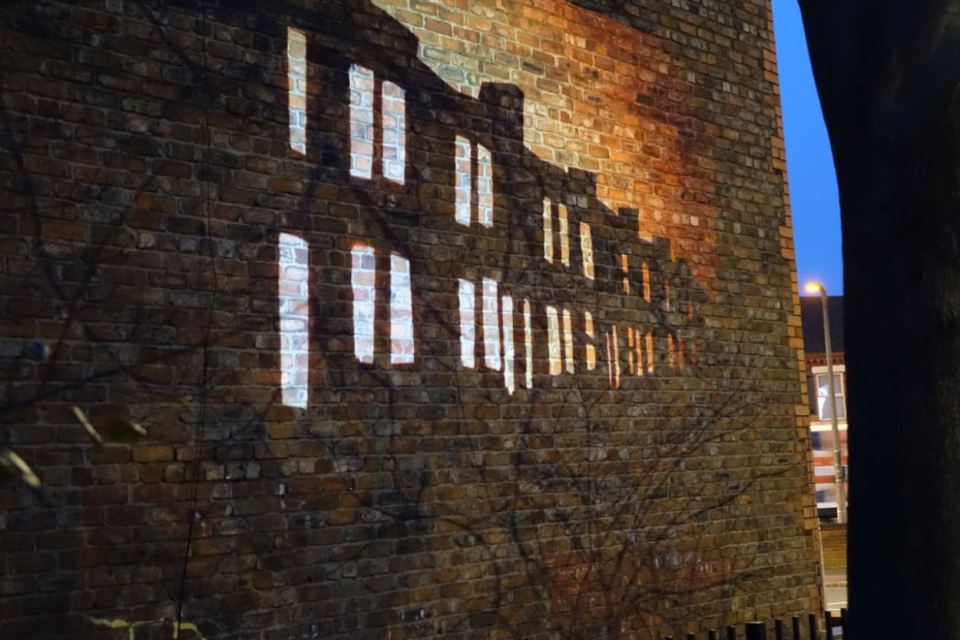 Announcing only the third ever showing of ‘Without These Walls’ the Jayne Lawless and Janet Brandon film, taking place at Red Brick Vintage at 6:00 in the evening on Thursday September 8th. It’s no ordinary film and it’ll be no ordinary event.

“Hello all. The next screening of Without These Walls, will be at this, an event we built to house the film in a ‘safe place’.After the last screening and discussion at The Hesletine Institute I felt really drained. We walked over to the Caledonia pub and although the issues the film brings up carried on, they were slowly swallowed up by the music coming from a cajun band that had literally just set up right beside us.I realised then that with the dark thoughts there must be light.At the same time I was reading a book called Peaceful Warrior lent to me by a friend, a passing remark with a fellow organiser of this event using the same phrase led to ‘Peaceful Warrior’ – a night to share our stuff in a safe space, some hard stuff maybe to make you think, but also stuff to make you dance.

With sourdough pizza via The Wild Loaf for your tea then top vegan cake from The Old Hardware Shop for afters or later.If you’d like to come follow the link here…Thanks to all the Peaceful Warriors for being involved.The Peaceful Warriors are: Jayne Lawless, Jessica Doyle, Thomas Butcher, Ronnie Hughes, Jennifer Graham, Catherine Dalton, Deborah Morgan, Amy Marr, Rosanna Marr, Katumba”