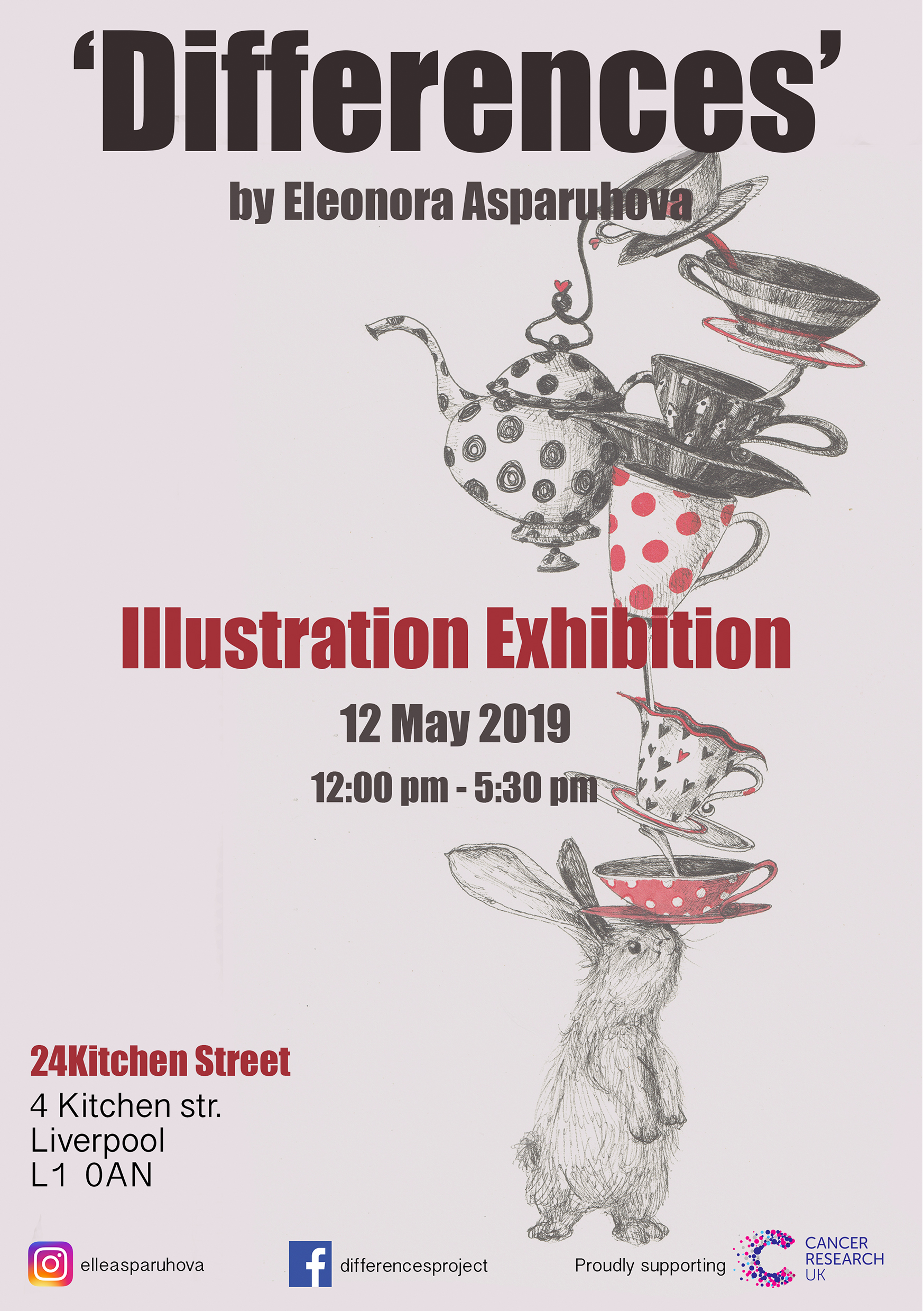 ‘Differences’ is a 365 illustration challenge aiming to raise awareness about differences between people through the medium of illustration.

The project aims to encourage love, diversity, tolerance and understanding amongst people, despite their religious, ethical, regional or personal differences by encouraging collaboration between individuals and depicting different views through illustration.

The project combines one word themes, poetry or short stories collected from around the world, written or given by people from different cultural, ethical or social backgrounds, age, gender and religion, and interpreting these themes into traditionally hand drawn illustrations.

The project started on 1st of January 2018 and was completed on 31st of December 2018, where an illustration was drawn every day, based on the theme / story that was previously given. The project’s funds during the year were proudly supporting the charity organisation CancerResearchUK, where the sum of £600 was already donated through a fundraising page running alongside the production of the project.

The money raised in 2018 was used to fund research into finding ways to cure cancer.

The completed illustrations are due to be exhibited in Liverpool, UK on 12th May 2019 from 12:00 – 5:30pm where prints will be sold to raise more money for the charity.