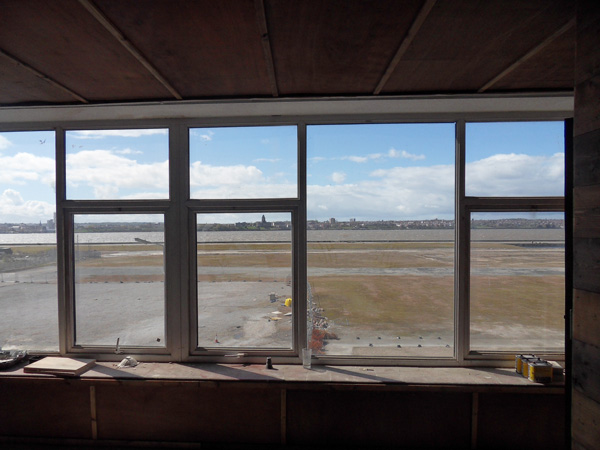 The Kazimier just got knocked down. Invisible Wind Factory just bought a warehouse. The obvious metaphor would be a phoenix, but that’s far too graceful for the industrial scale of what’s about to happen. As I write this, two warehouses on Canning Street, Kings Dock, are full of artists, creatives, and outside-the-box-construction-engineers working around the clock to create a show more ambitious than anything The Kazimier ever did.

What they’ve got now, that they didn’t have eight years ago is experience, and a much higher ceiling. The vast warehouse space is completed with the inclusion of a 40 foot window at the end of the space, which remains from its original time as a functional warehouse unit. The history of the space isn’t hard to picture either, especially if you happen to be walking there during the day; the obstacles on the way include forklift trucks, guard dogs and low-loaders.

In the heavily industrial area, yet to be given a name quite as inspiring as the Baltic Triangle, on the opposite side of the city centre, you’d be forgiven for thinking this was an oasis of creativity. You’d be forgiven, but you’d be wrong. Just down the road is the long standing residence of The Lantern Company and only a short walk away are The Royal Standard and Cactus galleries.

The launch night for the complex is titled OMPHALOS, after the Greek word, loosely translated as navel, but more accurately depicted as CENTRE. The Greek myth that Zeus sent two eagles across the earth to meet at its Omphalos is of particular importance in summing up the events set for mid-May 2016. The team want to focus on the energy and the force towards ‘the centre’, rather than necessarily the centre itself. And the arty-sciencey-stuff that is buzzing around the warehouse in preparation looks to be how they are providing the force.

The centre itself is quite difficult to define, but we can discount a political centre, or a physical centre. I think what will become the ‘centre’, in terms of OMPHALOS at least, is wherever the majority of senses are awakened by their installations and performances over the opening weekend. It’s a centre that will rely on visible, audible, and touchable energy.

Sam Crombie, formerly of The Kazimier and now part of the driving force behind Invisible Wind Factory, explained that this energy is only so apparent as a result of the work of the team behind it:

“The team expands significantly when we are producing from a variety of Liverpool bands, and a range of people physically constructing different elements of the show – a rigger, metal workers, a laser-cut component assembler, 3D printing company, carpenters, technicians, model maker etc.”

And if that insane assembly of workers is anything to go by, there won’t be any half measures in place here. But as well as the creative bubble being set to burst in the face of the public as an arts and events venue, the warehouse is also setting up for an exciting studio development. The studio residents are going to include a costume designer, a jewellery maker, film maker, app designer, an internet radio station, performance artists, product designers, artist collectives and even a freelance arts facilitator.

My initial reaction to that list is that they are too varied, too fine-tuned as individual entities, that it could be impossible for a serious creative environment to establish itself. But, and it’s a huge but, Invisible Wind Factory have provided a space that needs that kind of variety. A space which looks out on to one of the single most breath-taking vistas of The Mersey, with a communal bar space that begs for meetings and conversations that will inspire real change in Liverpool, not just the individual studio rooms. The studio floor of the warehouse, in all probability, will become one of the most influential hubs for interdisciplinary practices in the city.

The reason for the scale of the space has led from the original needs of IWF, who took on one of the buildings in 2014. The life of the space has only seen one exhibition so far, focusing on “meteorological forces, atmospheres with a revolving AV weather vessel housing electronic act ‘Dogshow’ who were then elevated 30ft above the audience on our gantry crane,” which hardly sounds straight forward. If it’s straight forward you’re looking for, this place probably won’t work for you. The ambition of that show, produced out of one warehouse, promises to double with OMPHALOS, which not only represents the ideas and abilities of IWF, but those of the Kazimier, and all the artists and organisations that help back up the two.

Invisible Wind Factory is going to be entirely its own thing, not just outside the pull of the Kazimier, but outside the pull of its own walls in many ways. Producing work that is based in new venues, on the street, and online. The expertise of the teams pulling the strings for this new space promises an exciting and globally significant venue, which is humble enough to only foresee its local applications. But whatever those goals, the words used by Sam Crombie to describe the possible future of the venue sum it up far better than we ever could:

“The Kazimier has a grand vision for the Invisible Wind Factory that encapsulates many areas of development within the complex. These will be implemented in phases but the desire is to make a space that grows into a cultural tourist attraction – an arts and entertainment theme park of the future.”

On April 25th 2008, the Kazimier opened its doors. On April 25th 2016, I walked through the doors of Invisible Wind Factory’s new venue (3 Regent Road, Liverpool, L3 7DX). There is a distinct sense that this is all meant to be. Next week (19-22 May 2016) Omphalos will open this venue, just as Reconstruct opened its father in 2008. Tickets for the events are available at http://www.thekazimier.co.uk/ 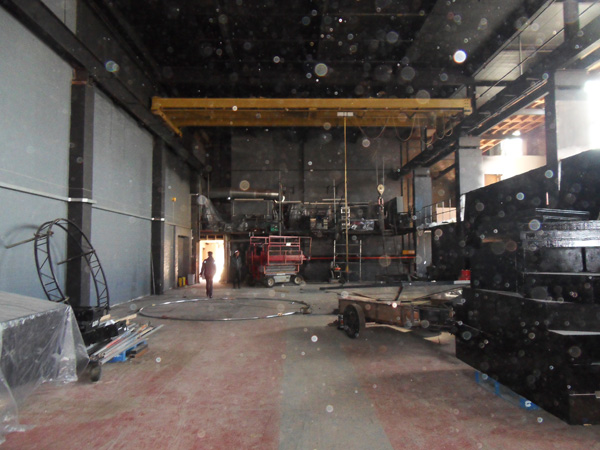