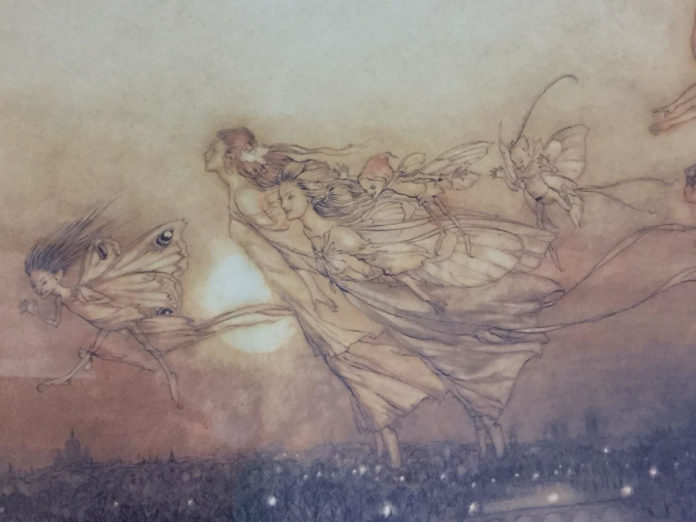 Watercolours from the VG&M Collection

A display of watercolour paintings from the Victoria Gallery and Museum’s own collection ranging from the 1780s to the 1980s. Artists include JMW Turner, Helen Allingham, Arthur Rackham and Bridget Riley. These watercolours are only exhibited occasionally due to their fragile nature and preservation needs.

Watercolours
from the VG&M Collection

Watercolour painting began over 30,000 years ago, when Palaeolithic people used earth pigments mixed with liquid to decorate their caves. Modern paints are a blend of colour pigment with a binding agent such as gum arabic, giving watercolours their characteristic fluidity and transparency. The term ‘watercolour’ encompasses the use of inks or the addition of opaque pigment to create gouache. Because of their portability, compared with oil paints, artists have traditionally favoured watercolours to paint landscapes or when travelling.

Heron is known for his vibrant use of colour in abstract compositions featuring geometric or amorphous shapes. From 1956 he lived in St Ives in Cornwall, and was a key part of the town’s post-war artists’ colony.

Hawksley was an award-winning art student and regular exhibitor at the Royal Academy. From the 1920s she used watercolour to create intimate scenes with dramatic shadow influenced by Japanese prints.

John travelled widely and lived in Moscow after the war. As an artist she specialised in capturing scenes of everyday life. She was the youngest child of Augustus John and his partner and muse Dorelia McNeill.

Rackham is one of Britain’s best-loved book illustrators. This painting of fairies flying over the River Thames was created for an edition of Peter Pan in 1912. Originally a black and white drawing, the artist later coloured it in for an exhibition.

Stone was a renowned natural history illustrator, often commissioned by private collectors to record their specimens. She also painted specimens brought back from the Pacific voyages of Captain James Cook.

Adshead was a successful artist and designer whose flowing, decorative style owes much to her specialism in mural painting. This painting celebrates family reunions and togetherness.

Although famous for his elegant portraits, Gainsborough’s real love was painting landscapes. For relaxation he would paint compositions laid out on a special table, with broccoli for trees and pieces of mirror for water.

Girtin was an artistic genius whose life was cut tragically short. He created a Romantic style of landscape using effects of light to give atmosphere. The John Sneeze Snuff Shop in the foreground typifies his gentle humour.

The River Yare flows through Norfolk where Cotman lived for a greater part of his life. This innovative artist and teacher used thin washes of colour to give a spare, flat effect to his watercolour paintings.

Sadly neglected as an artist during his lifetime, Towne’s originality was only recognised in the 20th century. His strong, angular lines and subdued palette have a modern look. Here, a pathway is glimpsed though dark, tangled trees.

Cozens was at the forefront of Romantic developments in painting, creating dramatic awe-inspiring landscapes. This vista is believed to be based on a sketch made on his 1782 Continental tour with his notorious patron, William Beckford.

One of a series of paintings by Cox capturing the fast changing weather conditions at this North Wales resort. Although based in Birmingham, Cox was a frequent visitor to the village of Betwys-y-Coed, establishing an artists’ colony there.

Although famous as one of the great landscape painters of his day, Cox had a gift for rapid figure sketches. Here, he depicts an exhausted travelling salesman catching forty winks at a Lancaster inn.

Assouan, now known as Aswan, is a city on the banks of the River Nile in southern Egypt. Lear is mostly remembered for his popular nonsense verse but was a respected ornithological illustrator and widely travelled topographical artist.

Turner uses his expert technique to convey a storm approaching this Cornish landmark. In the foreground local people break up a shipwreck, perhaps with hopes of the storm delivering another soon.

Turner is revered as the greatest exponent of watercolour painting, especially his portrayal of the influence of weather on land and sea. This painting was probably commissioned by John ‘Mad Jack’ Fuller, an eccentric MP for Sussex.

Riley was commissioned to design a decorative scheme for corridors in the Royal Liverpool Hospital in 1981. Although Riley’s installation was removed in 1990, it was recreated for The Chinati Foundation in Marfa, Texas in 2017.

Bell was a versatile artist and designer working in a decorative Arts and Crafts style. He taught art at the University in the mid-1890s, then at prestigious art schools in Glasgow and London. 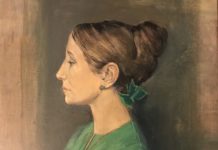 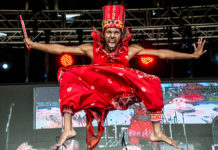 Digital Gallery: Victoria Gallery & Museum: From Near and Far