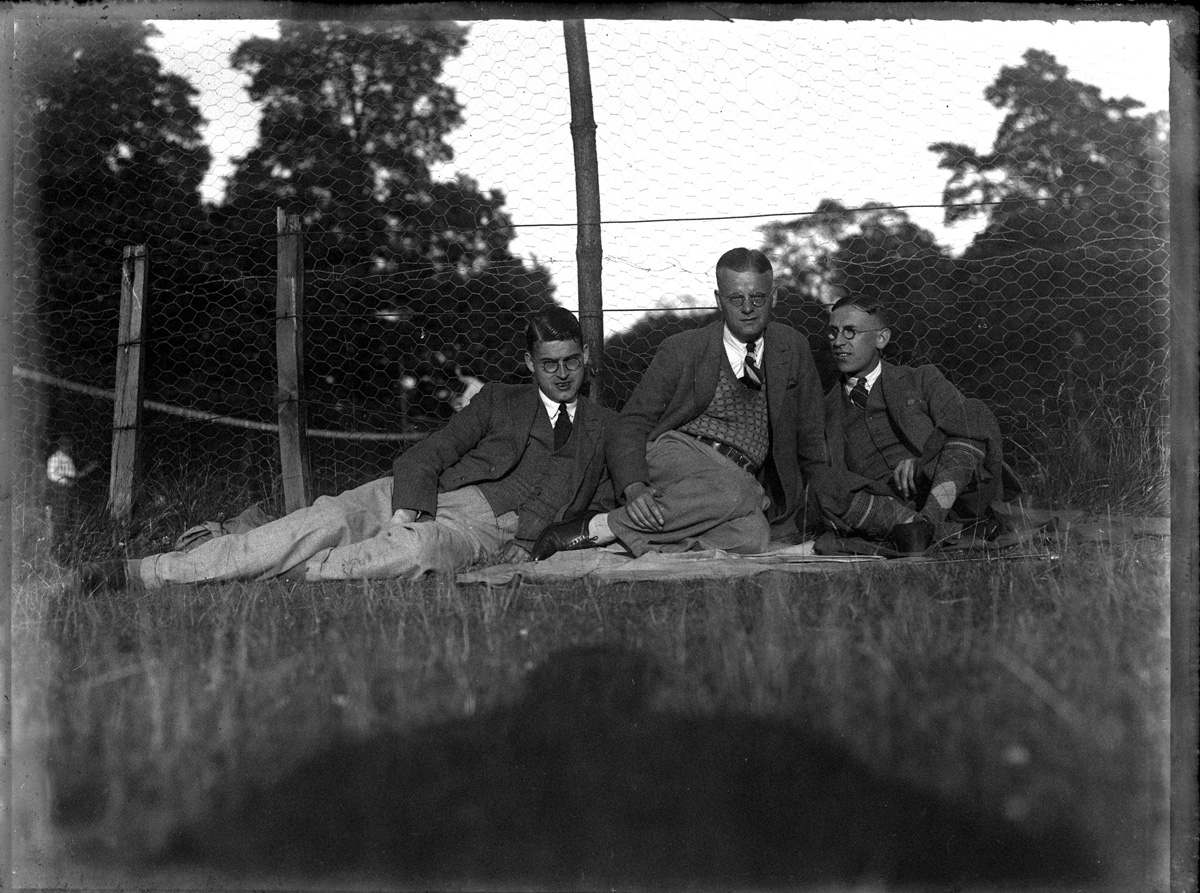 ARTIST ALAN WARD DEVELOPS AND RE-IMAGINES NARRATIVES IN A SERIES OF RESPONSES TO A FORGOTTEN ARCHIVE.

Artist Alan Ward had no idea that buying a set of glass negatives from eBay would lead him to a five-year photographic investigation into a forgotten family archive that included local Wirral engagement and the making of an artist film with a Masonic Lodge.

Photographs From Another Place is open from 7th December 2019 until 2nd February 2020 and, like all exhibitions at the Williamson, is free. We are open Wednesday-Sunday 10am-5pm, although the gallery will be closed from Sunday 22nd December 2019 until Saturday 4th January 2020.

Photographs From Another Place unfolds over three related projects:

Using the rediscovered 98-year-old camera that documented a 1900s lost family archive of glass negatives, ‘Place’ is the engagement strand of Photographs from Another Place in Gallery 2.

In early 2019 Alan Ward was granted funding by Arts Council England to take Photographs from Another Place and Sydney’s original camera to groups on the Wirral who have connections to the stories he had discovered in the photographs. It was an engagement planned around a collective cultural heritage and inspired by the discovery of the camera three years into the research when he met Ruth, Sydney’s daughter, still alive and well in Devon. Along with that camera there were boxes of unused photographic paper and some glass negatives. These were gifted to Ward to see if they were still usable. It seemed a perfect opportunity to use the camera as a focal point for sharing and discussing the original archive with people directly touched by some of the stories in the collection.

Sharing the Gearing collection with these groups and discussing their relevance has produced a series of conversations, images and encounters that have become a far greater aspect of the overall project than ever imagined. The Williamson saw that potential and allocated more space to it, which has allowed Ward to thoroughly integrate it within the final exhibition plan.

Place is the result of those encounters.

In 2014 Alan Ward purchased a collection of 1920s glass negatives on a whim, from an eBay seller in Brighton. There are 230+ in total, dating from c.1914 – c.1950s. Through a few clues offered up in the images and the original boxes they came in, he pieced together the beginnings of a substantial family history around the images. The key photographer was Sydney Gearing, the son of Simeon Gearing, a manager for the Mersey-based Rea tug boat company who lived in Wallasey. Simeon was born in London, worked in the East Ham docks as a lightnage operative (barge-man), married a girl from Wortwell, Norfolk, and moved to the Wirral to be a manager at a shipping company. Sydney was also born in London but grew up on the Wirral, and then worked for the Mersey Docks and Harbour Board all his life, a one company man.

Alan Ward was also born in London, moved to the North-West and his father is a Norfolk boy. Acquiring this collection appears to have been pre-destined.

Through forensic research and an almost voyeuristic obsession with this collection, Ward has made new photographic work and developed a re-imagined and curated narrative, bringing Sydney’s photographs back to a gallery he used to visit.

Including text collaborations with writer and poet George Szirtes, ‘Photographs from Another Place’ is a poetic and personal reflection on the essence of what it is to be human, exploring family, loss, transience and memory.

Gallery 3: Some Thoughts on Masonry and Its Degrees – Film running time 19m 15s

The film ‘Some Thoughts on Masonry and Its Degrees‘ was conceived as an exploration and evocation of the arcane yet poetic language that surrounds Masonry. It is part of Photographs from Another Place in response to a second-hand document purchased on eBay in response to the Gearing family archive research.

The principle character portrayed in the film, is the photographer of this archive, Sydney Gearing, and the research has reawakened aspects of his significant masonic career on the Wirral, in turn unearthing an address he gave to the long since defunct Merseyside Masonic Research Society in 1954, when he held the chair as president.

‘Some Thoughts on Masonry and Its Degrees’ is that oration, performed by current Grand Master, Worshipful Brother Ian Dallinger, filmed in the same Masonic Hall where Sydney Gearing was initiated, in 1934. Dallinger delivers a lyrically mysterious and quietly hypnotic oration on the benefits of the extended ‘symbolic degrees’ of freemasonry that can be obtained, once the degree of Master Mason is achieved.

The exhibition and local engagement has received funding from an Arts Council National Lottery Project Grant, with additional financial assistance from The Elephant Trust and Williamson Art Gallery & Museum.

For more exhibitions at the Williamson, check our Exhibitions pages.

To find out more about Alan Ward, visit his website http://www.alanjward.co.uk/.