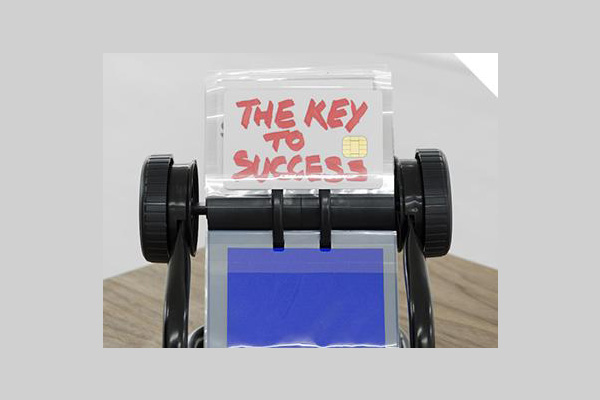 Marketing and networking are often thought to be dirty practises within certain areas of the arts. With many believing commercial success is akin to selling out and a lack of conceptual rigour, in that an artists practise having been compromised due to being solely focused on monetary gain or fame. The romantic notion of the poor artist slaving away in the garret is still applicable today, poverty and struggle equating to realness and sincerity.

Taking the conceptual bearing of the business card as an art object, and that artists marketing themselves is a necessary almost performatory element of their practises, ‘Business As Usual’ will consider the role and significance of artists networking. The exhibition will also ask how much importance dealers, collectors, curators and gallerists play in determining success, or whether artists themselves are solely or collectively responsible for carving out their own futures. In an age where curators now procure artists from social media websites such as Facebook and Twitter, ‘Business As Usual’ also presents an archaic practise in an increasingly digital world.

The exhibition will feature the work of over one hundred artists, listed below. This second exhibition in a series of the shows, ‘Business As Usual’ will continue to travel around different galleries across the UK.

The exhibition has been organised by Perce Jerrom.

A text written by Louise Chignac will accompany the exhibition.