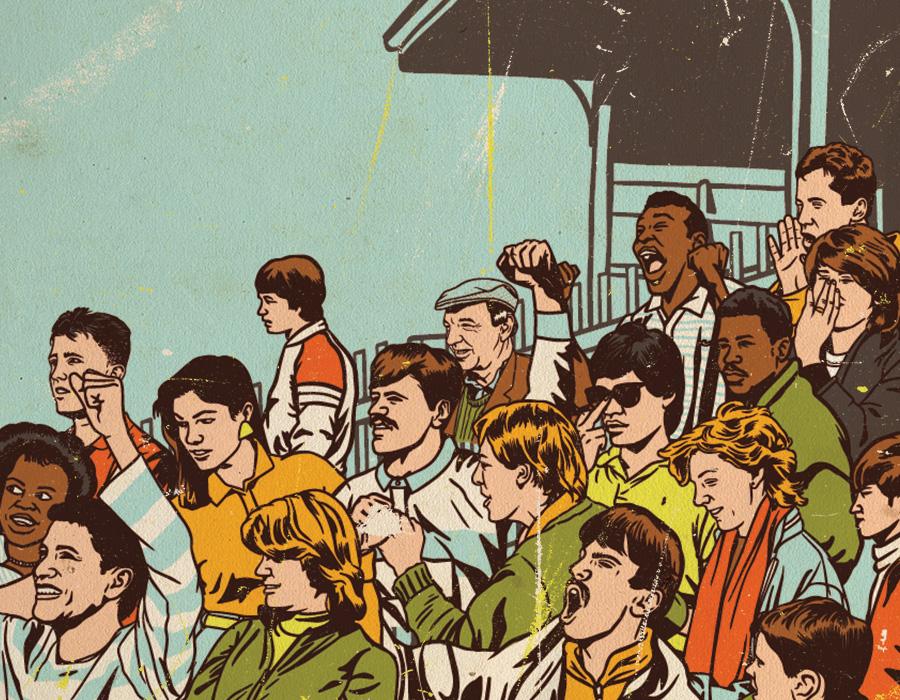 Art of the Terraces

Combining fashion, football, and art as told from the terraces of the stadiums this exhibition is the first major exhibition to tell the story of a movement that defined sports culture of the 1970s, 80s and 90s.

This pioneering exhibition considers the culture of football ‘casuals’, which began on Britain’s football terraces in the late 1970s. Through the medium of art, it highlights the clothing brands and sports footwear, music and encounters between rival groups of football supporters which defined an era and generation.

In a fusion of art, fashion and popular culture, Art of the Terraces explores the work of a generation of contemporary artists and designers who have been influenced by this movement over the last 40 years. It celebrates a cultural scene that has been overlooked by the mainstream art world, but which has created its own dynamic art forms and which is now credited with the mass popularisation of sportswear as leisurewear – a worldwide phenomenon.

Pay what you think your exhibition visit was worth. Your contribution helps National Museums Liverpool to stage an exciting programme of exhibitions and events, creating memorable experiences for everyone.