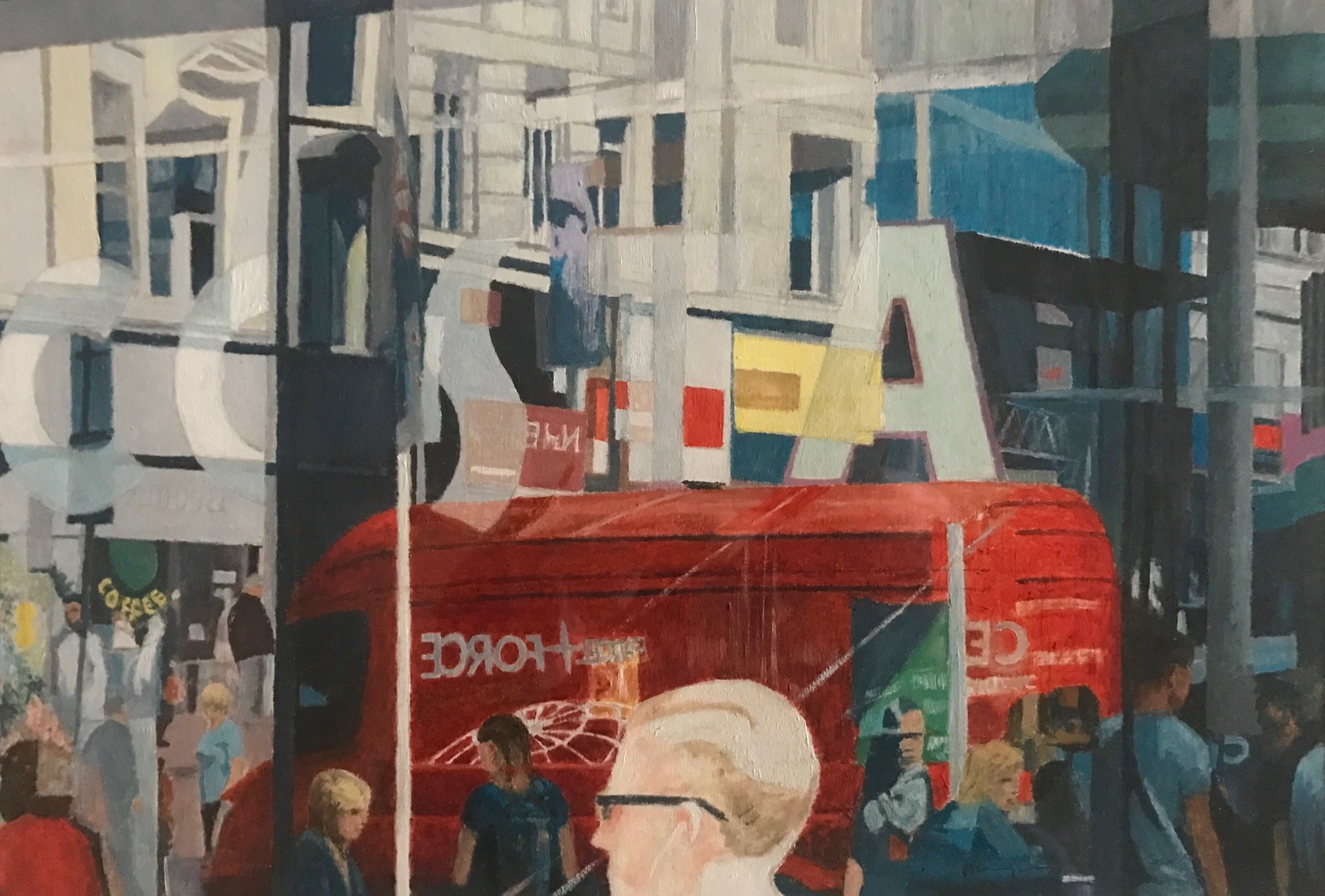 Exhibition open Fridays and Saturdays noon till 5pm, and at other times by appointment

Retired art teacher Gordon Humphreys is to reveal his Reflections of Merseyside in a new exhibition at Liverpool independent art gallery, View Two.

He comes from a family of Lancashire farmers, but for Gordon a career in the world of art seemed more appealing than the green, green grass of the fields around Widnes and Cuerdley.

After a lifelong career in teaching – as an art master – Gordon is spending his retirement following his passion for creating art, in his favourite playground …. Liverpool.

A collection of more than 30 of his oil paintings goes on show at View Two, at 23 Mathew Street, Liverpool  from March 10 until April 1.

Don’t expect Reflections of Merseyside to be a collection of picture-postcard canvasses capturing famous views of buildings and cultural highlights of Liverpool.

Instead he has captured views, often as reflections – hence the title – of familiar and not so familiar parts of the city.

“If there is any message in my work, it is simply “observe, use your eyes, enjoy the environment and discover aspects we see, but don’t always look at,” says Widnes-born Gordon, who now lives in Great Sankey.

Having relatives in Garston often brought him to Liverpool on the old Crosville bus route, recalling memories of a city that included the old overhead railway, a river packed with shipping and ferry trips from the Pier Head to New Brighton, Llandudno and the Isle of Man. And there were also the bomb sites from the WW2 blitz on Liverpool.

He went to Liverpool College of Art in the late 50s and 60s, an arty participant of a beatnik and bohemian lifestyle in a city emerging as a cultural and music mecca.

John Lennon and Stuart Sutcliffe were fellow students at the college, though Paul and George often hung around the college in Hope Street.

Then there were the famous poets and painters, from Roger McGough, Adrian Henri, Arthur Dooley and many more.

“So Liverpool and Merseyside have always been an important part of my life, and it has been great to see, during the last decade or so, a new confidence return to the area,” said Gordon.
Most of his work at View Two is oil on paper, though there are larger canvases, with paintings created using a palette knife.

As more of a contrast than an antidote to Liverpool, Gordon has always had a passion for painting in Cornwall, capturing the rugged cliffs, the isolate moorlands.

“But it is always good to come back to what I call my playground, Liverpool and Merseyside,” says Gordon.

*Reflections of Merseyside; oil paintings by Gordon Humphreys.  Show opening Thursday, March 9th, 6pm till 9pm. Exhibition open Fridays and Saturdays noon till 5pm, and at other times by appointment