Home The Trophy Room: A New Place For Me To Sit

The Trophy Room: A New Place For Me To Sit 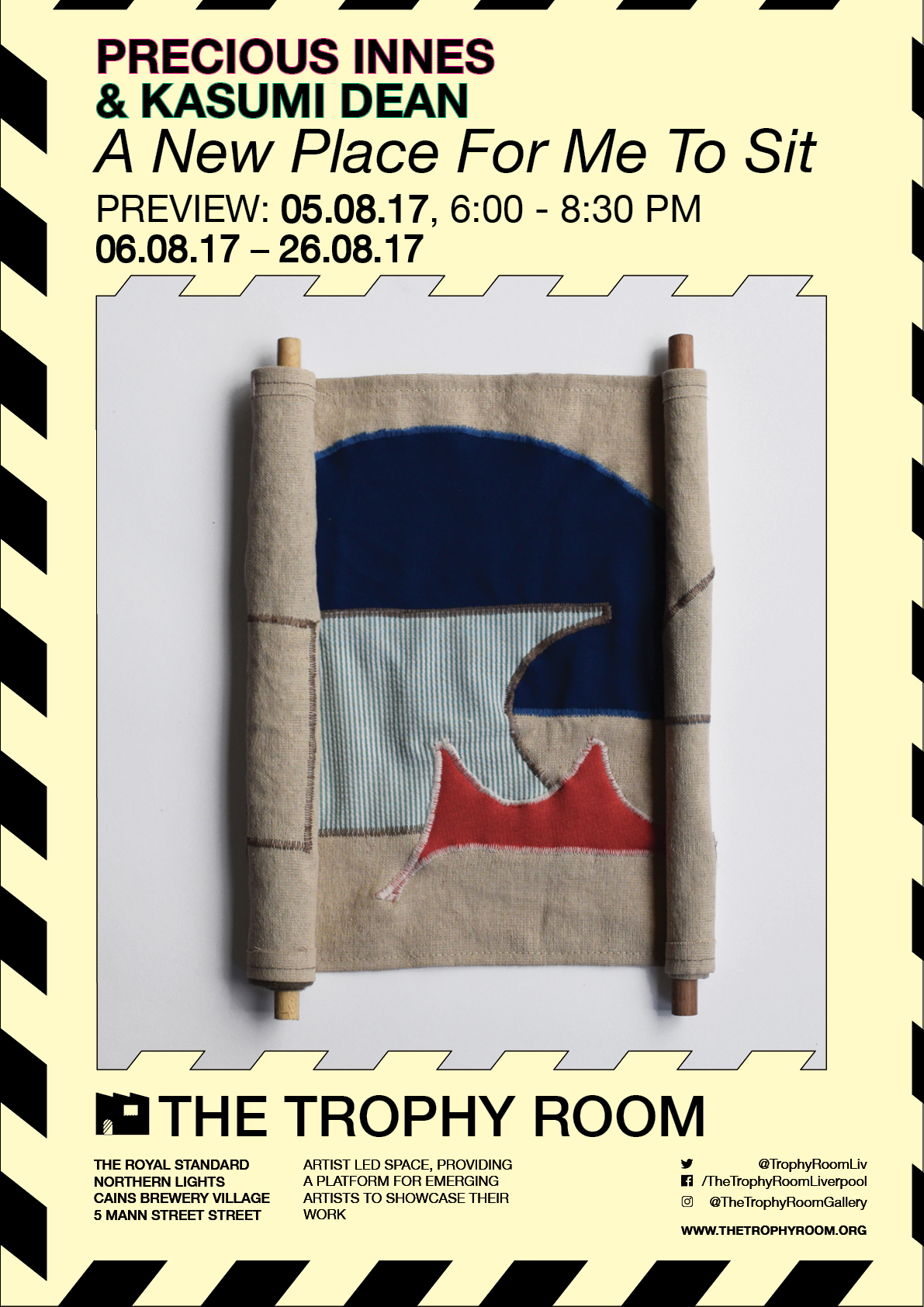 The Trophy Room: A New Place For Me To Sit

A New Place For Me To Sit

Kasumi Dean and Precious Innes live and work in Manchester where they previously shared a studio, and have reignited conversations, which took place there to form a dialogue for a duo exhibition. Both Innes and Dean, place playful material intervention at the core of their practices, their works bare the labour of their hands but their methods are continually shifting in sequence. For this show, they have considered how structure(s) can question how their work functions.

Kasumi Dean
Through a process of arranging and rearranging, often using textiles, scraps and found objects that are suggestive of manufacture, Kasumi Dean has an ongoing interest in natural form and how nature is represented by human beings. After studying painting she is continually interested in its formal elements. More recently she has allowed her mixed Japanese and English heritage to impact her choice of materials and the formats in which she presents them. Japan is seemingly a country with conflicting ideals between the old; tradition and harmony with nature, and the new; a technological nation striving for a more typically western way of life.

Kasumi is from London and graduated from Manchester Metropolitan University in 2016, she has exhibited at Bankley Gallery Manchester, at the 2016 Manchester Contemporary and is a Castlefield Gallery graduate mentee.

Precious Innes
Innes is an artist based in Manchester. Her practice is driven by materials and intervention, often using throwaway and ad hoc substances in a way that confuses their original function. Exploring a material’s structure is vital to the playful process of Innes’ work; by using gravity as a means to push an object forcing the object to react. These materials become physically weighted by the materials in play, and weighted by form and/or composition leading to connotations of gender and sexual tension. Innes has been exhibited as part of NY Space Gallery, Manchester; Castlefield Gallery, The Manchester Contemporary; Bankley Gallery, Manchester, and awarded a residency at Staffordshire University.