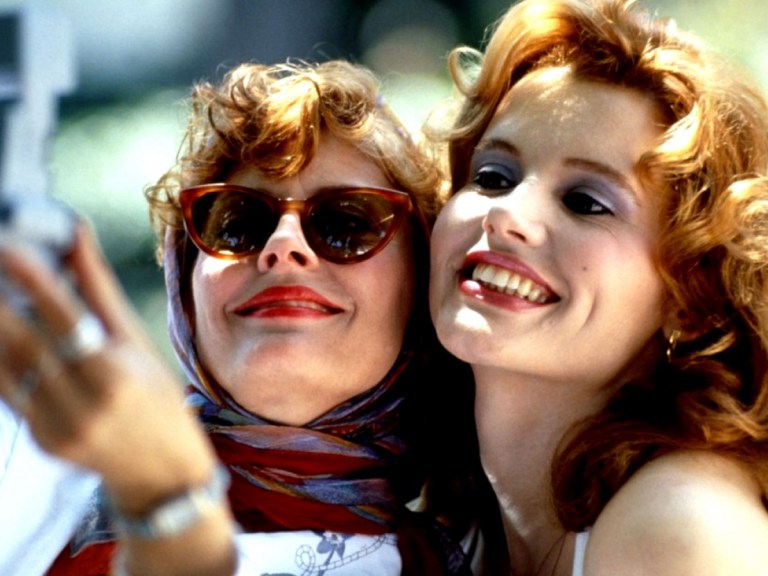 Thelma & Louise (1991) directed by Ridley Scott and written by Callie Khouri. It stars Geena Davis as Thelma and Susan Sarandon as Louise, two friends who embark on a road trip that goes very wrong. A landmark in feminist film. In 2016, the United States Library of Congress selected the film for preservation in the National Film Registry, finding it “culturally, historically, or aesthetically significant”.