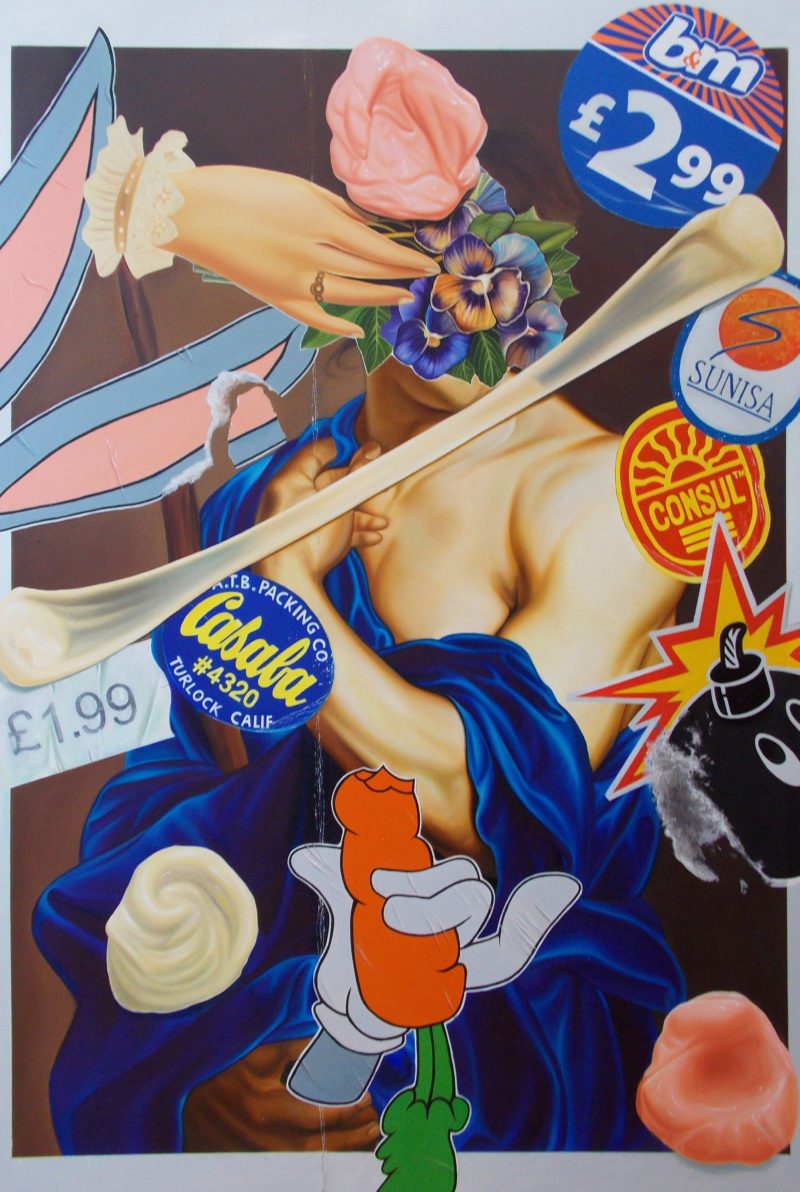 Many Pop artists from Warhol to Jasper Johns were queer, this exhibition will show work by two contemporary gay artists who continue to draw inspiration from popular culture.

Daniel Edwards creates Pop collages as inspiration for his large scale intricately painted canvases. A great unknown talent, this is the first time he has exhibited outside his native Cardiff

A Welsh painter, his work takes a photorealist approach in the form of large scale oil paintings. His themes reflect on consumerism and cultural identity.

Video artist ladypat produces highly colourful, intense and humorous work inspired by LGBTQ icons, history and identity. His eye popping pop art visuals have been screened in nightclubs, but never in a gallery.

He first made his name uploading DIY music videos to his website in 2001, long before YouTube in 2006. The web at that stage was punky, a wild west mashup of ideas, design, aesthetic and colour. Ladypat soon became part of the club scene as a VJ and played major festivals across Europe including Glastonbury, Creamfields, Exit and at major clubs. His work has been seen on CNN, MTV, BBC and Perez Hilton and his YouTube channel has over 1 million views.

The exhibition is curated by DuoVision, Martin Green & James Lawler

Bona Pop is also part of Homotopia, the UK’s largest LGBTQ+ arts and culture festival taking place at venues across Liverpool from 1-10 November.