Home The Atkinson: One Day, Something Happens: Paintings of People 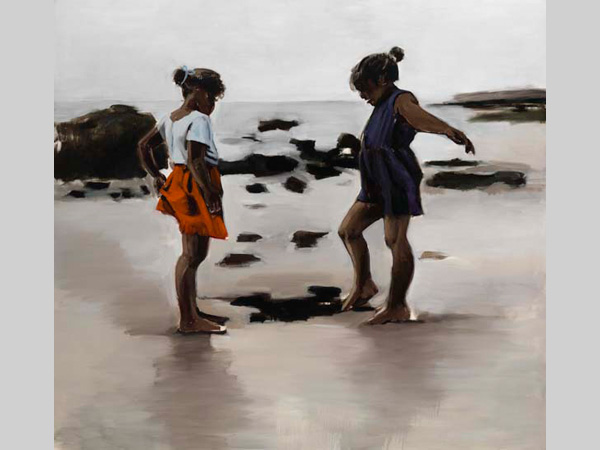 One Day, Something Happens: Paintings of People

A new Arts Council Collection exhibition of paintings of the figure is being exhibited at The Atkinson, Southport in February, curated by Jennifer Higgie, co-editor of frieze magazine.

This exhibition reflects a personal view of a period of radical change in art, from Jennifer Higgie, who herself studied painting. We can see in many of the paintings the art historical influences felt by the artists but this unique touring exhibition primarily captures stories and snapshots of lives past and present. The paintings also convey the theatricality of painting. By choosing work by the well-known and not so well known, the exhibition uses the Arts Council Collection to tell a wider story of the twists and turns of British figurative painting over the past century.

The paintings range from some of the very earliest by date in the Arts Council Collection, such as the study of a woman by Walter Sickert (1906) including those and by artists as diverse as Robert Colquhoun (Seated Woman and Cat, 1946), Prunella Clough (Lowestoft Harbour, 1951), and the Pop artists Richard Hamilton and David Hockney, who worked from the 1960s. The present is represented by a group of figurative works by contemporary artists including Enrico David, Michael Fullerton, David Noonan, Renee So, Martin Westwood and Lynette Yiadom-Boakye.

Jennifer Higgie said:
“What a privilege it was to be asked to curate an exhibition from the Arts Council Collection. Spending time immersed in this extraordinary group of over 2000 paintings has been a joy. This exhibition took shape organically: I realised that the pictures that particularly attracted me all evoke something theatrical, in the broadest sense of the word; they also hint at some kind of narrative and their gestures – however small – are always significant. These wonderful paintings of people also offer a decidedly idiosyncratic snapshot of over a hundred years of life in Britain.”

Jill Constantine, Head of the Arts Council Collection, said:
“For nearly 70 years, the Arts Council Collection, managed by the Southbank Centre, has supported artists based in the UK by purchasing their work. The Collection has been built through the support of the many distinguished artists, curators and writers who have been invited to advise on the purchase of works and it is arguably in this very open and democratic approach to acquisition that the Collection’s greatest strength lies. We are delighted to be working with Jennifer on this exhibition, drawing on her expertise as a curator and a painter.”