Home The Atkinson: Fatal Attraction: Lilith and her Sisters

The Atkinson: Fatal Attraction: Lilith and her Sisters 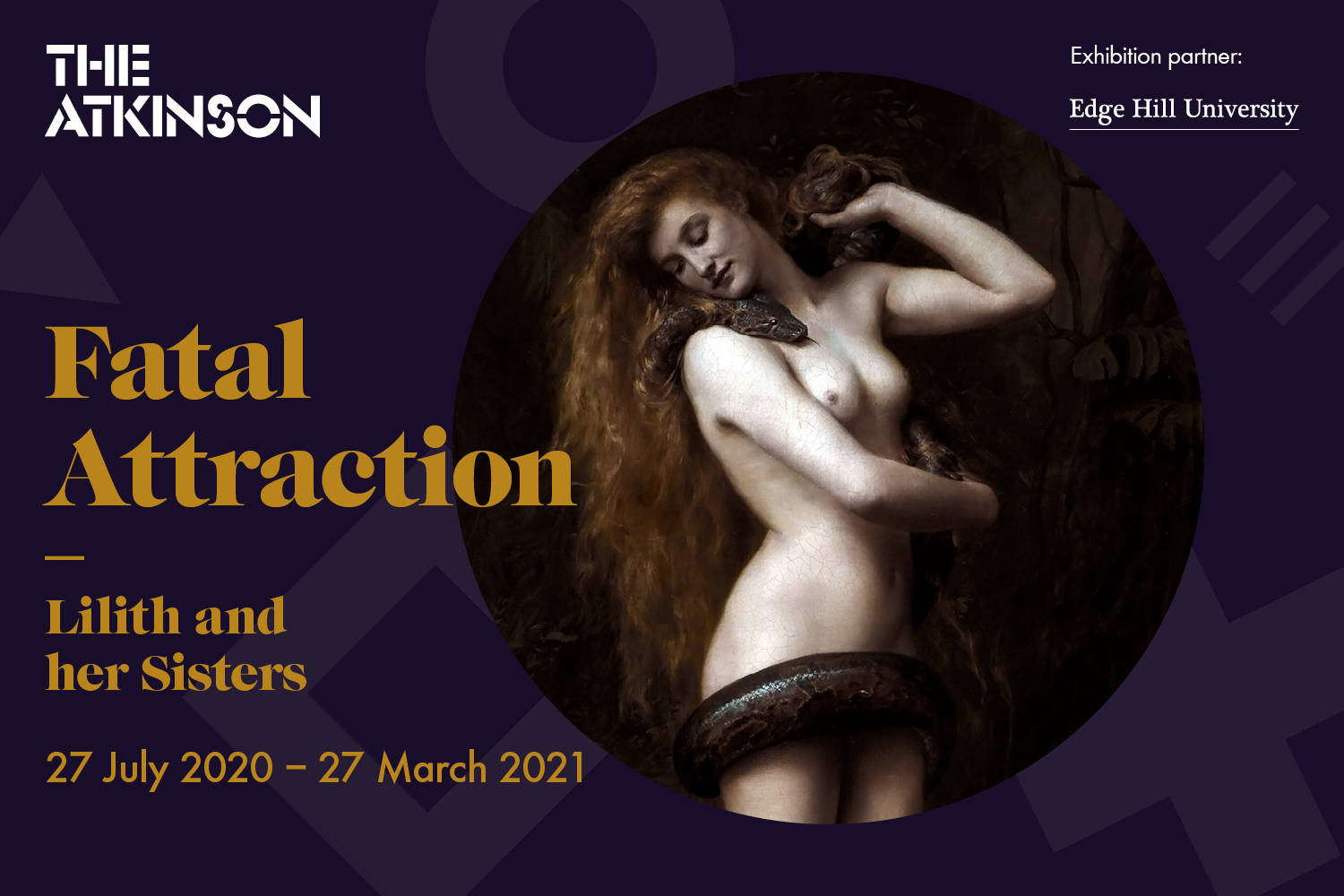 The Atkinson: Fatal Attraction: Lilith and her Sisters

Fatal Attraction: Lilith and her Sisters
27 July 2020 – 27 March 2021
Visit the exhibition Monday-Saturday, 11am-4pm. Free Entry.
There is a one-way system in place around the museum and the interactive displays have been temporarily removed. Maximum capacity of 30 visitors at a time in the gallery.
https://www.theatkinson.co.uk/exhibition/fatal-attraction-2020/

Ancient cultures have bequeathed to us a legacy of female characters in art, history, and literature who have been described as ‘femme fatales’. The femme fatale is beautiful and dangerous in equal measure. Like the sirens of Homer’s Odyssey, she tempts the hero of the story whilst endangering his heroic quest – and even his life.

It is a story of femininity that has been created and perpetuated by male artists and writers for much of history – from Homer to the Hollywood directors of the golden age of cinema. For thousands of years the femme fatale has been a figure to be admired for her beauty, but morally condemned for her vanity, criminality, or deviance.

John Collier’s ‘Lilith’ depicts Lilith – the first wife of Adam in the Jewish tradition – as a classic femme fatale. Lilith is shown nude, as an object of desire, but her figure is draped with a snake to signify temptation and sin.

“When the first man, Adam, saw that he was alone, God made for him a woman like himself, from the earth. God called her Lilith, and brought her to Adam. The immediately began to quarrel. Adam said: ‘You lie beneath me’. And Lilith said: ‘You lie beneath me! We are both equal, for both of us are from the same earth’. And they would not listen to one another. As soon as Lilith saw this, she uttered the Divine name and flew up into the air and fled” (Genesis Rabbah, 300-500 CE)

This exhibition explores the long history of the femme fatale and her transformation from a symbol of patriarchal power to the hero of her own story.

Dr Laura Eastlake, Senior Lecturer in English Literature, Edge Hill University, has been awarded an Honorary Research Fellowship at The Atkinson to develop research into ancient worlds and nineteenth-century art.