Tate Liverpool: Works to Know by Heart: An Imagined Museum 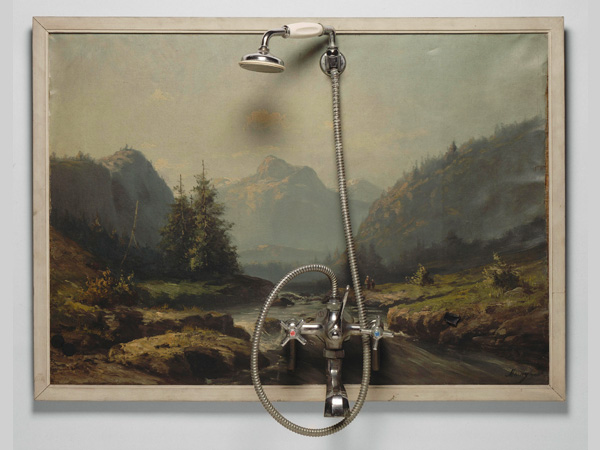 Tate Liverpool: Works to Know by Heart: An Imagined Museum

You’ve arrived at Tate Liverpool in the future.
All of the works of art on display are about to disappear, forever.
Which works of art do you want to know by heart, committing them to memory so that your favourite piece lives on?

The exhibition draws on Ray Bradbury’s 1953 sci-fi novel Fahrenheit 451, a narrating of a distant future in which works of literature are banished and the only way to save them is to learn them by heart.

An Imagined Museum invites audiences into a fictional scenario in which the exhibited artworks are about to vanish. In the same way that Bradbury’s characters memorise books to ensure their future preservation, An Imagined Museum asks visitors to memorise its artworks.

A performance space allows visitors to personally recollect and represent the works they believe should be remembered forever and the exhibition culminates in a weekend event entitled 2053: A Living Museum from 20– 21 February 2016, when all artworks will have left the gallery to be replaced by members of the public.

By bringing together over 60 significant pieces of art, the exhibition proposes interpretations of the unique values that only art brings into our lives. Its sections elaborate on key reasons to save art for the future such as its ability to transform the everyday, to alter perceptions, to celebrate the enigmatic and to anticipate the future.

Part of Tate Liverpool’s autumn/winter season, entitled Works to Know by Heart, the exhibition encourages audiences to take an active role in the exhibition and to form a personal relationship with the artworks on display. It is through this proposal that the exhibition imagines a future museum which is made by and with audiences and in which their relationship to the works of art is as important as the works themselves.

Tate Liverpool: An Imagined Museum
1 of 5