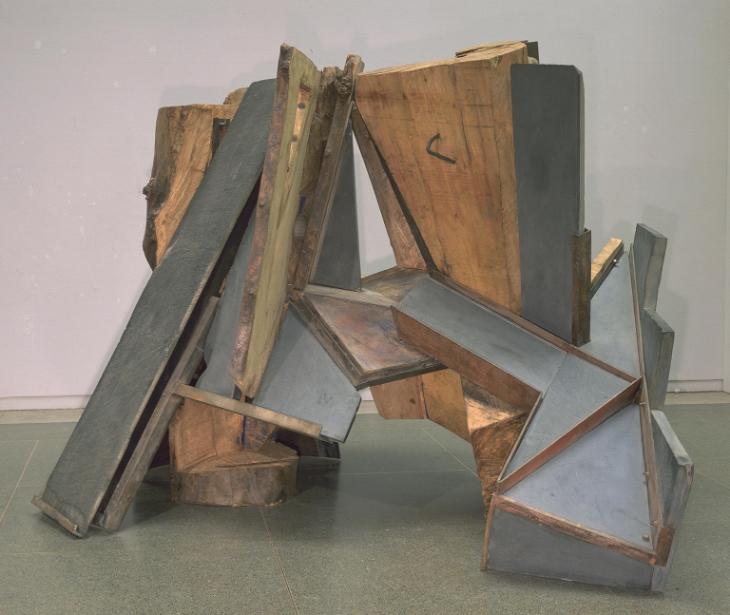 2018 marks Tate Liverpool’s 30th anniversary. Since opening in 1988 one man has been a constant presence at the Albert Dock gallery: Art Handling Manager Ken Simons. To celebrate this landmark year, Tate Liverpool will present a once-in-a-lifetime exhibition of 30 artists’ works from the Tate collection curated and conceived by Ken.

Ken’s Show: Exploring the Unseen, in the ground floor Wolfson Gallery, includes some of his favourite artworks – many of which he has previously installed in the galleries. Together the works explore the unseen or mysterious spaces in our world and point to Ken’s particular interest in sculptural and landscape art. Many of the chosen artists have worked directly with Ken, and a number of their works have now become central to the Tate collection.

Key works will include Light Red Over Black 1957 by Mark Rothko which was exhibited in 1988 when Tate Liverpool opened, Phillip King’s large sculpture Within 1978-9, Snow Storm – Steam-Boat off a Harbour’s Mouth 1842 by J.M.W. Turner, Hollow Form with White by Barbara Hepworth 1965, The Tree A c.1913 by Piet Mondrian which has been exhibited in all three decades of the gallery’s history in 1998, 2003 and 2014, and Angel 1997 by Mark Wallinger who won the Turner Prize when it was held at Tate Liverpool in 2007.

For 30 years at Tate Liverpool, and 43 years with Tate in total, Ken has been entrusted with all of these masterpieces. From the gallery’s launch, to its position as a trailblazer for culture-led regeneration and its willingness to take risks on new artists, Ken’s journey with these artworks has been one shared by the visitors but his role goes unseen by them. Now, as he prepares to retire, the Art Handler steps in to the spotlight.

Ken Simons said: ‘This is an amazing opportunity to display some of my favourite works from Tate collection after so many years getting to know the works personally. It is through this hands-on interaction and curating this show that I learnt and understood much more about artists’ exploration of space.’

Over the past three decades the gallery has established itself as the most visited modern and contemporary art gallery outside of London with 15 million visitors enjoying the international exhibitions and collection displays programme, all of which have been hung by Ken Simons. Now, thanks to Ken’s exhibition, they can experience again the iconic artworks that have helped make Tate Liverpool a lynchpin of Liverpool’s creative sector and a leading light for modern art galleries outside the capital.