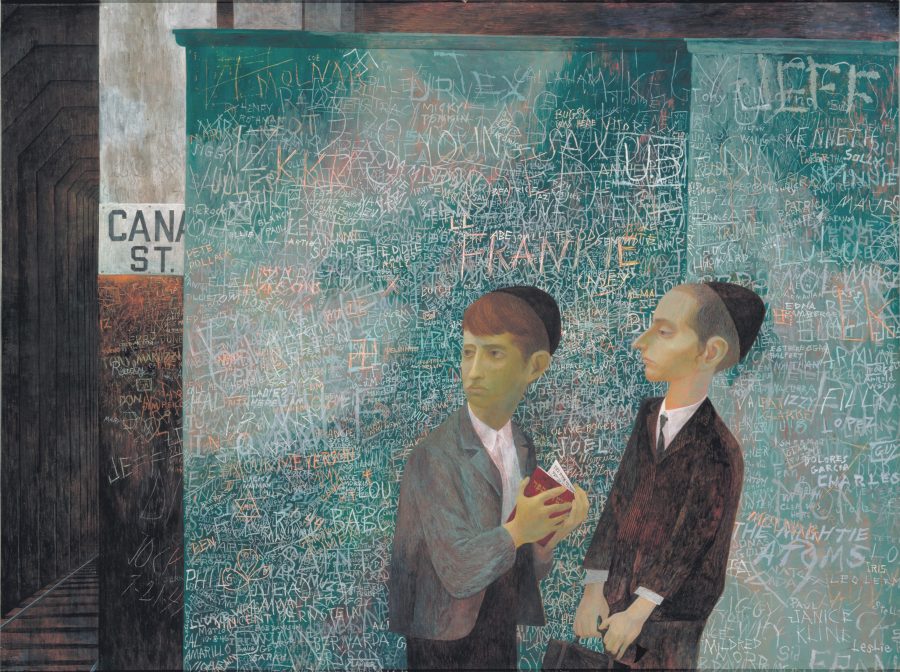 Constellations: Highlights from the Nation’s Collection of Modern Art

Supported by the Terra Foundation for American Art

At the heart of the display is Bernard Perlin’s Orthodox Boys 1948, one of the first American works to enter the Tate collection. The painting combines a realist approach with abstract expressionism, expressed in the backdrop of scrawled graffiti on a wall in downtown New York. Figurative works by Andy Warhol and Larry Rivers similarly engage with abstract and improvised styles, while artists such as Milton Avery and Lee Bontecou further illustrate the diversity of American art at this time.

Made up of 15 works, many of which haven’t been displayed in the north of England before, highlights include; Head of a Girl and Children 1958–61 by Andy Warhol, presenting visitors with a less familiar work by the iconic pop artist and Untitled 1969 by Mark Rothko, one of a group of paintings on paper made after a period of illness when he was too weak to work on his customary large-scale canvases.

Constellations: Highlights from the Nation’s Collection of Modern Art is a unique presentation of the Tate collection that has been introducing visitors to both familiar and unfamiliar artists since 2013. Constellations is made up of 7 displays, each focussed around a single artwork revealed to have surprising affinities with a variety of modern and contemporary artworks. Continuing in the gallery are constellations featuring works by German artist Joseph Beuys (1921–1986); French-American sculptor Louise Bourgeois (1911–2010); German-American painter George Grosz (1893-1959); English artist L. S. Lowry (1887- 1976); American contemporary artist Glenn Ligon (b. 1960); and American photographer and filmmaker Cindy Sherman (b. 1954).