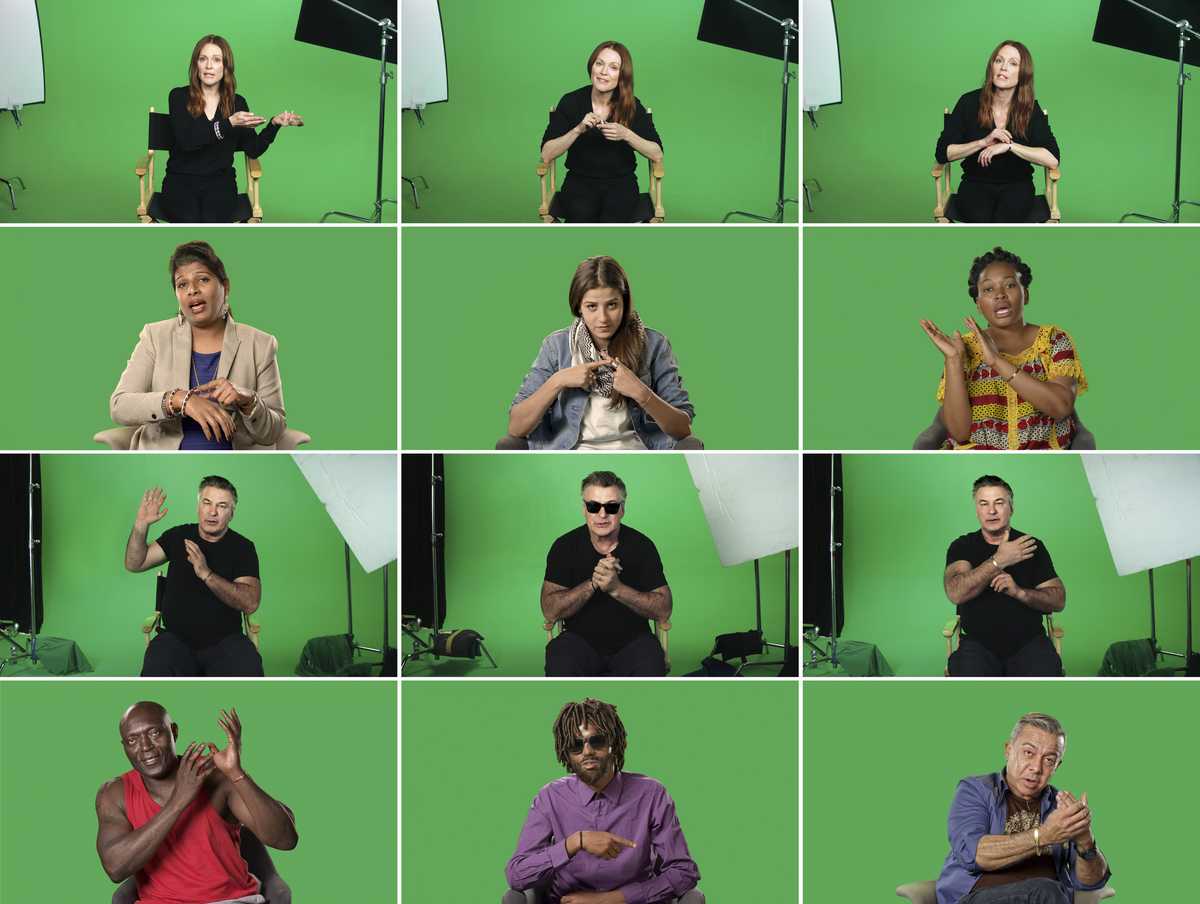 If a refugee’s story was told by a celebrity, would you pay more attention?

Love Story 2016 considers whose voices we are willing to listen to in a media-saturated world. Does our need to be entertained harm our ability to pay attention? How does the manner in which a story is told encourage or reduce our ability to feel empathy?

Evoking the global scale of the refugee crisis, Love Story is based on interviews with six people from different parts of the world who have been forced to flee unbearable circumstances in their home countries. In a first room, actors Alec Baldwin and Julianne Moore re-perform fragments from these interviews. These performances are followed by the original full-length interviews, presented in a second space.

Love Story reflects on a media environment that prioritises celebrity over the real-life experiences of people facing adversity. Blockbuster films or celebrity-led charity campaigns may move audiences to tears, but those most affected are seldom given the opportunity to tell their own stories.

The interviews were conducted in Berlin, New York and Cape Town, where each person was seeking or had recently been granted asylum. They feature Sarah Ezzat Mardini, who escaped war-torn Syria; José Maria João, a former child soldier from Angola; Mamy Maloba Langa, who fled sexual violence in the Democratic Republic of Congo; Shabeena Francis Saveri, an Indian transgender activist; Luis Ernesto Nava Molero, a political dissident from Venezuela; and Farah Abdi Mohammed, a young atheist from Somalia.