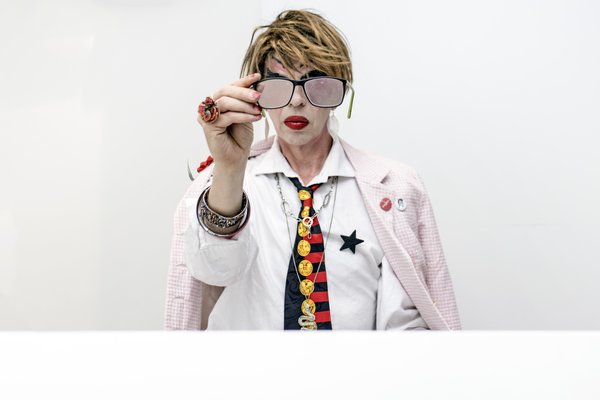 As part of Homotopia at Tate Exchange, England’s avant-guardian David Hoyle presents a tribute to the work and legacy of Joe Orton, inspired by the letters of Orton’s alter ego Edna Welthorpe.

Joe Orton (1933-1967) was a Leicester-born playwright whose life and work helped to define 1960’s British culture. Known for his anarchic black comedies and sexually frank diary, Orton is a major post-war dramatist and a gay icon.

‘Dear Edna’ commemorates the 50th anniversary of Orton’s death in 2017.