Home Sudley House: Home and Away

Sudley House: Home and Away 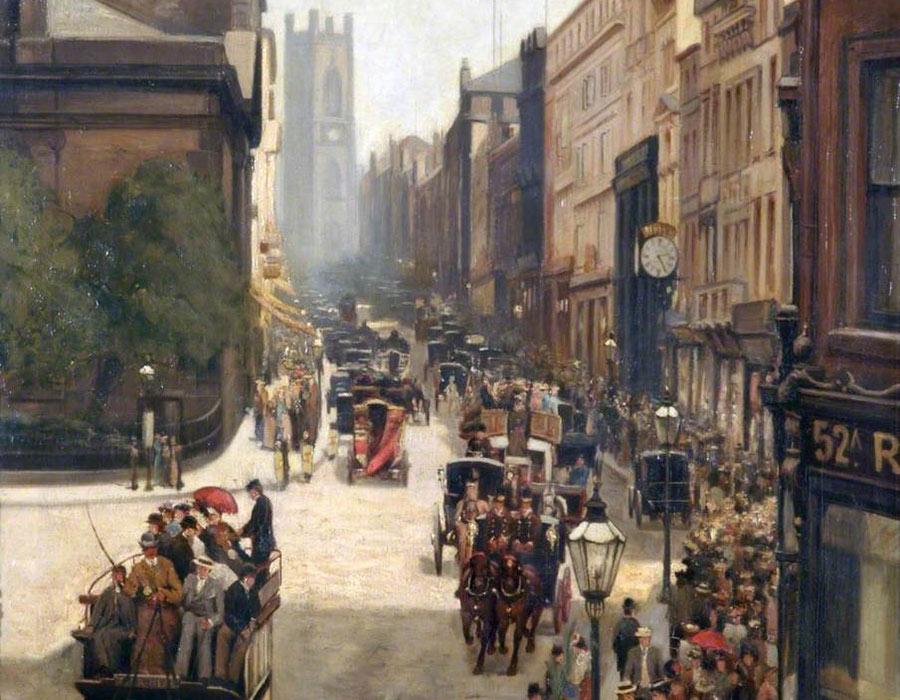 Sudley House: Home and Away

Sudley House will feature the new exhibition Home and Away, opening with the venue on 30 September featuring oil paintings of both foreign and local views. The foreign views all come from George Holt’s collection, housed at Sudley and inspired by his family’s interest in travel. There will also be a range of views of Liverpool and the local area in the 19 th century from the period in which the Holts lived at Sudley. The ‘home’ views largely come from the Walker Art Gallery’s collection. The display will include two works by John Atkinson Grimshaw as well as Jean-Léon Gérôme, Thomas Creswick, Frederick Goodall, Charles Trevor Prescott and Eduardo de Martino.

Holt began collecting around the late 1860s; by 1884 when the family moved to Sudley he already had over 200 paintings, drawings and prints. The display gives us a view into the collecting habits of a group of Liverpool merchants who purchased British paintings in the second half of the 19 th century. Holt’s is the only collection to survive intact, thanks to his daughter Emma who bequeathed it to the city of Liverpool in 1944

Jessie Petheram, curator of Home and Away said: “We’re delighted to have been able to bring this group of paintings together at Sudley House. The exhibition is a wonderful chance for visitors to Sudley to get a greater understanding of the global, social and visual culture surrounding the Holt family. The John Atkinson Grimshaw and Charles Trevor Prescott views of Liverpool are perennially popular, with another highlight being a study by the important French artist Jean-Léon Gérôme (1824-1904) for ‘Circus Maximus, Rome’. The finished work is in the Art Institute of Chicago.

“Holt mainly seems to have collected British artists, but Gérôme is an exception. He was considered the world’s most famous living artist during his heyday, frequently painting scenes of Greek mythology, ancient history and Orientalism.”

The display shows the visual culture on offer to the Holt family, both in paintings and in their daily lives. It also shows that 19th century Britain frequently looked outwards and as a  wealthy merchant and owner of Sudley House, George Holt surrounded himself with art that demonstrated his involvement in this global context.  Many societally held views were complex and troubling and viewed through the eyes of the British Empire.

NML is committed to becoming more transparent about the origins of its collections. The labels that accompany some of the paintings in Home and Away detail how many of the buildings and areas of the city are strongly associated with Liverpool’s involvement in the Transatlantic Slave Trade. An example is the Town Hall which appears in two paintings on display. The building has carvings on the exterior which depict African people alongside elephants. This is a reference to the wealth Liverpool obtained from the African continent through the exploitation of its people and resources. It is also noted that Bold Street, painted by Charles Trevor Prescott, was named after the prominent slave trader Jonas Bold.

In line with being COVID-secure, NML has implemented changes to offer a safe and enjoyable visit for all, including pre-booked timed entry, mandatory face coverings for visitors, enhanced cleaning protocols and social distancing measures. These measures are in operation across all NML venues for the safety, comfort and reassurance of visitors and staff.

For further information, please see the FAQs available at https://www.liverpoolmuseums.org.uk/reopening

Exhibitions are free, but we invite visitors to make donations where they can. This support is vital in helping to fund the extensive work we do, allowing us to continue to educate, research, conserve and make our collections accessible to all.