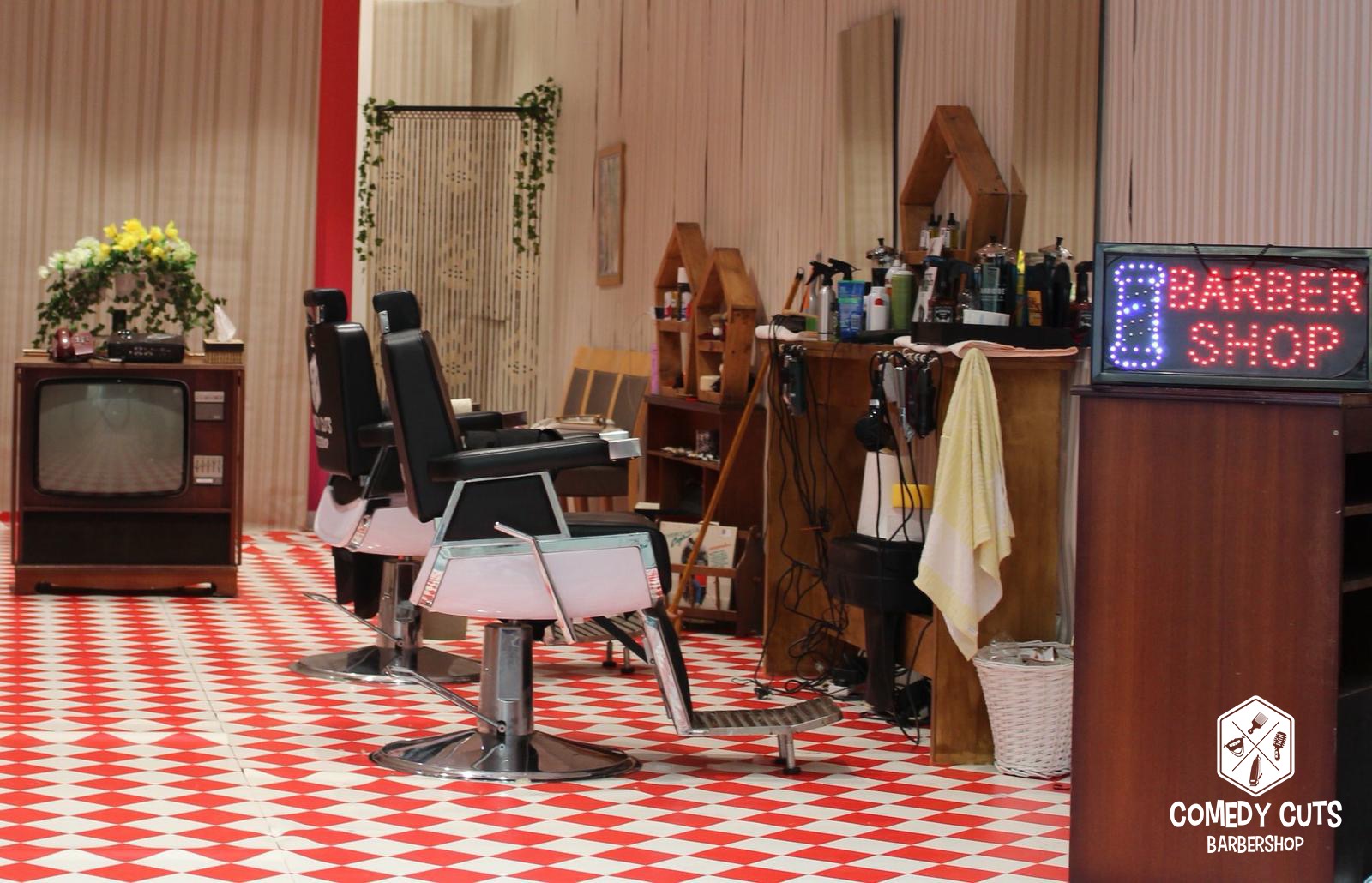 Running for 4 years from 1989 to 1993, the Trix Worrell creation “Desmond’s” captivated audiences young and old with stories and adventures from the Ambrose family, who ran a barbershop in Peckham. Centering around Desmond, a first generation Guaynaese expat coming over to the UK for a better life, the sitcom gave the UK a unique insight into Black British life and how it was constantly adapting and evolving with the times. Despite its 30th anniversary in 2019, the sitcom has cemented itself as a true classic across a number of generations and still remains Channel 4’s longest running comedy show.

In order to celebrate its legacy, events company We Are Parable (headed by co-founders Anthony and Teanne Andrews) have decided to reimagine the iconic Peckham barbershop and bring it back into the collective psyche as part of their work with the BFI and their “Comedy Genius” season, which, having previously appeared in Bristol and Birmingham, will come to Liverpool’s St John’s Shopping Centre on Saturday 8th December to Sunday 9th December.

“When Desmond’s came on a Monday night,” co-founder Teanne Andrews reminisces, “it felt like such an event because you could recognise and resonate with all of these characters – because you knew people just like them in your own community. Trix Worrell [The creator of Desmond’s] created a real window into what it was like to be Black and British in the 90s, and we wanted to celebrate that with this project.”

“Not only was “Desmond’s” an important cultural moment in the Black British experience, it was also an extremely funny sitcom, with the late, great Norman Beaton’s facial expressions always guaranteed to raise a smile,” Anthony Andrews says. “Therefore, it was important to make sure that this pop up space, in addition to being a fully functional barbershop with professionals cutting visitors hair for free, was also an environment where we could make people laugh.”

We Are Parable have been touring the barbershop as part of the Comedy Genius season, and have established a great sense of awareness of the films they are screening alongside the shop, but have also introduced a significant amount of young people to a classic show.

“This project represents a new era for our organisation,” Anthony says. “Because we’re originally from London, we take it for granted how many great events there are for people who look like us. When you go outside of the M25, you realise, after speaking to only a handful of people, how underserved Black audiences are outside of the capital. Therefore, we want to work and collaborate with local organisations on this project to create memorable experiences – a bit like how Desmond’s did, almost thirty years ago. We can’t wait to bring the Comedy Cuts barbershop to Liverpool.