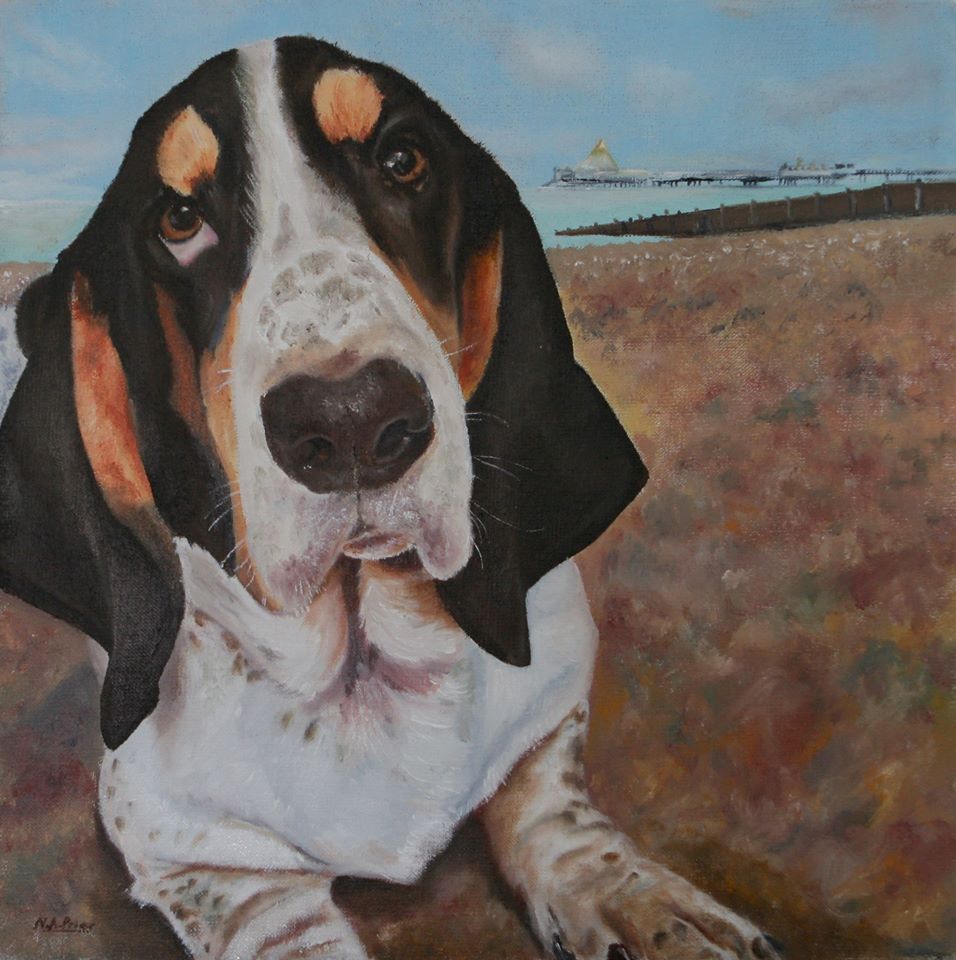 Ainsdale portrait artist, Neil Prior, will be whetting the discerning local art aficionados’ appetite with a taster of his forthcoming one-man show, scheduled for later in the year, by a display at Southport Contemporary Arts during January of his realistic pet portraits. Neil recently moved into the area with his wife, Martha and their two Bedlington Terriers, Bruce and Herbert, who equally stepped into the limelight by making local news in 2017 due to eating palm oil that had washed up on Ainsdale Beach from the Maltese ship, Kimya, that capsized nearly 30 years previously after storms dislodged its toxic cargo. (see photo attached)

Having retired from full service as a police officer with the Leicestershire constabulary in 2018, Neil has now finally swapped his truncheon for his paintbrush, and switched his life-long love of oil painting into a professional business as a full-time Dog Portrait artist.

Unbelievably, Neil only began painting in 2008, after attending a one day workshop on how to paint in the Bob Ross Wet-on-Wet Oil Painting technique facilitated by Jayne Good which he quickly followed up with a further weekend course with professional Fine Artist, Mike Skidmore.

During the next decade, Neil developed his own personal style and techiques with oils, resulting in two solo exhibitions in 2017 and 2018 back in Hinckley, Leicestershire. His life-like portrait of ‘Kinta the Tiger’, which is currently on display at The Barrel House in Birkdale Village, admirably shows his impressive skill in articulating the animal form in oils.

“During my first solo exhibition in June 2017, I completed the portrait of the Malaysian Tiger and entitled it KINTA, which was an anagram of the exhibition venue (ATKIN’S BUILDING) and just happened to be the name of the river that runs through Malaysia where these beautiful animals are from.” (see photos attached)

Neil always enjoys pushing his painting skills to the limit to achieve as realistic an interpretation to as possible. He invariably begins by painting the eyes of his subject believing that this then aids him building up and completing a more realistic representation: “I believe painting the eyes early on gives me a better understanding and feeling of the subject, almost a personal empathy with the animal.“

If you’re looking for affordable art don’t hesitate – these are all genuine one-offs, and once they’re gone – believe me, they’re gone. WufWuf !