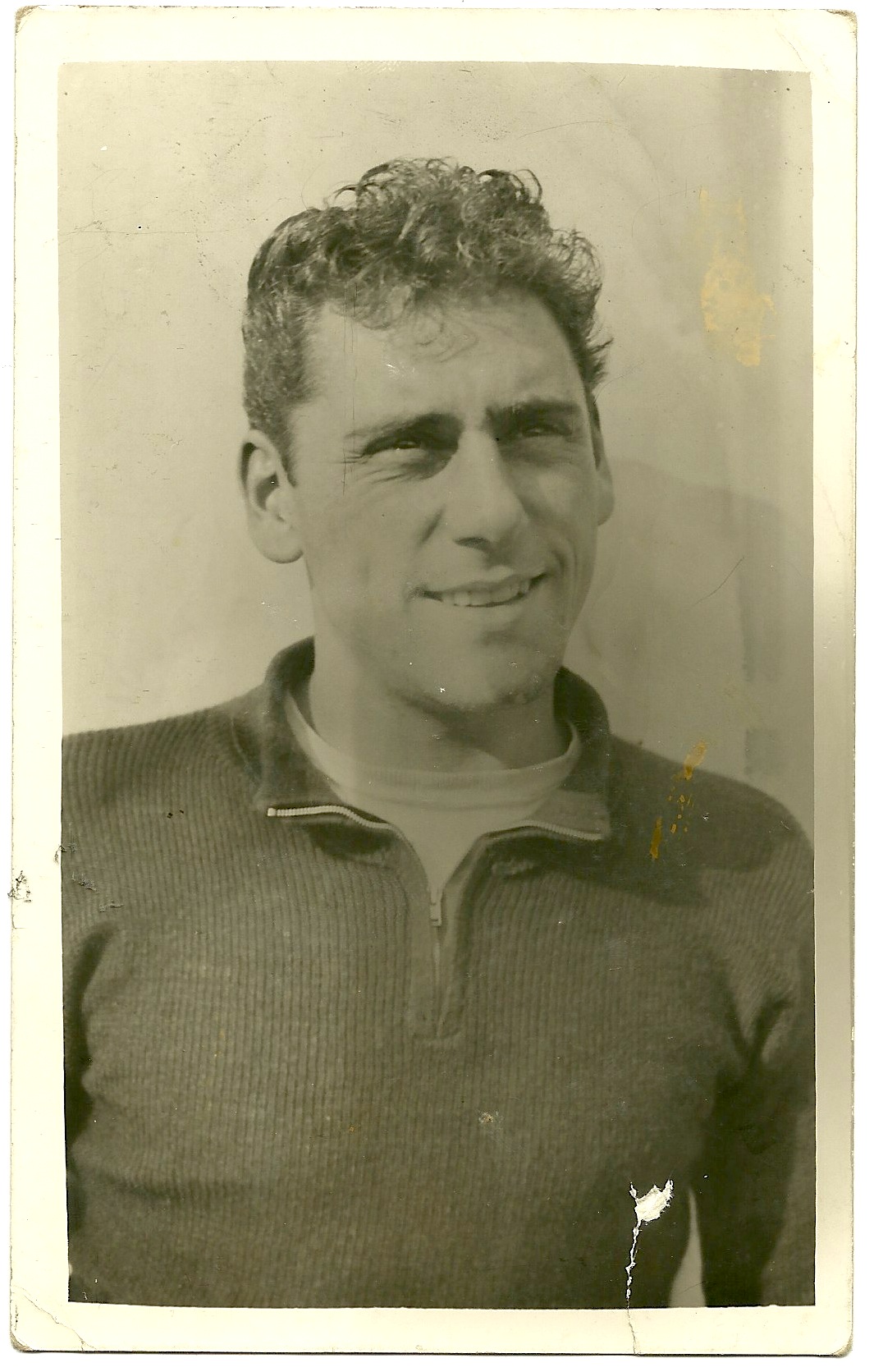 This October, Liverpool will celebrate the exploits of Harry Stedman and his peers with an exhibition at The Shipping Forecast. These men – known as the Cunard Yanks – sparked a cultural diffusion in the 1950s and 60s that helped spawn a look, a sound and an attitude in Liverpool and beyond

As young merchant seamen, Harry and his fellow Cunard Yanks traveled on transatlantic adventures aboard cruise liners and cargo ships. When they returned to their home ports, Liverpool in Harry’s case, they brought back the slang, sounds, and looks that influenced the burgeoning music scenes, kick starting the youth explosion that created the culture that influences the way we live today. 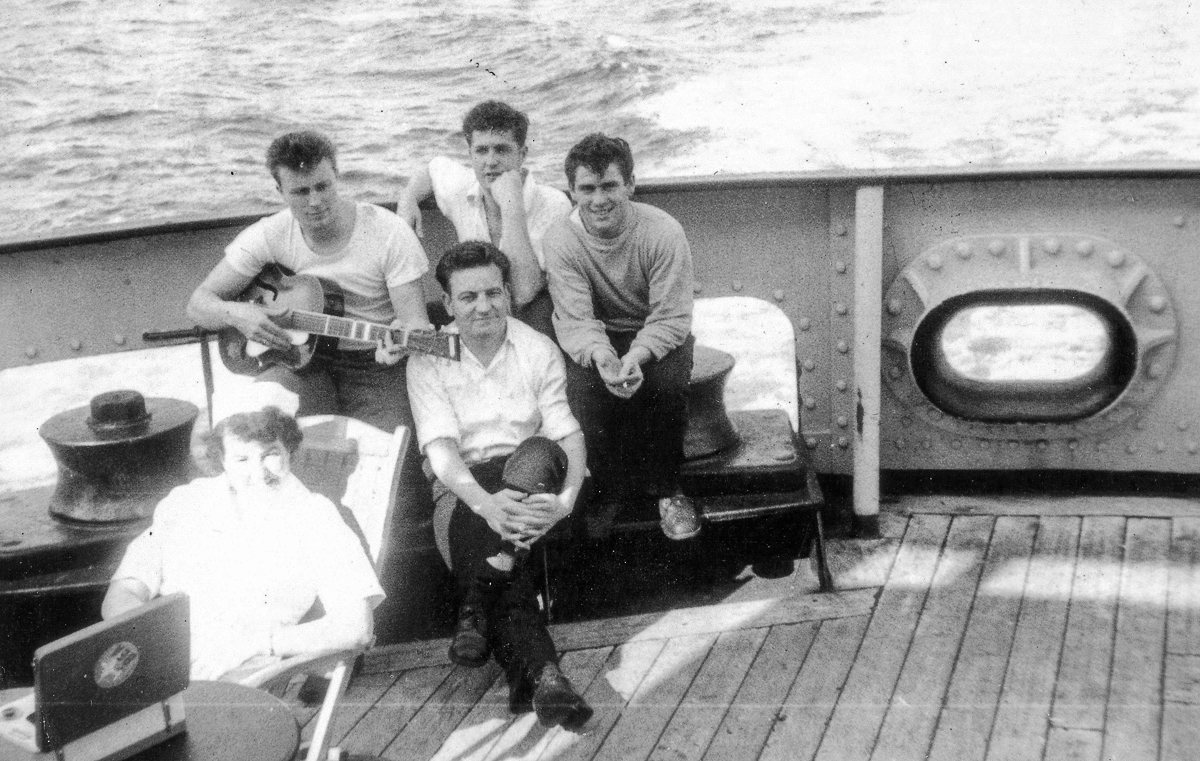 Hosted by Harry’s eponymous clothing brand, ran by his son and grandson, and presented by Next Stop New York, the exhibition will include a limited edition screenprint by illustrator Ben Newman, photographs from Harry Stedman’s personal collection, and images from photographer, filmmaker and original Cunard Yank, Billy Harrison.

Billy first travelled the seas as a merchant seaman, before working as a chef on the famous trans-Atlantic cruise-liners between 1952 and 1976. Billy’s pictures convey working life on the Cunard line, periods of leave in 1950s Liverpool, the evolution of the ‘Cunard Yank’ style and of course images of the iconic city and it’s people that inspired his generation, New York.

The exhibition launches with a special invite-only evening on 13th October and runs until 28th October at The Shipping Forecast, Liverpool.

Harry Stedman has led a tremendous life, one filled with many passions, hardships and awe-inspiring world travel.

Born in Liverpool in 1934, Harry is father and grandfather to owners Phil and Rick. His early years were spent in rural Shropshire, sent there as one of many Liverpudlian evacuees. After the War Harry returned to his hometown where he would enjoy his formative years, sandwiched between a gaggle of siblings – the middle child of seven.

As Harry meandered through his teen years he found himself enveloped by an overwhelming urge to escape the war-weathered streets of Liverpool, as did many young men of the time. In 1951, spurred on by tales of world travel passed down by his brothers serving in the military, Harry enlisted in the British Army.

In the years to follow Harry would find himself in all manner of exotic locations, delivering his unique brand of humor, curiosity and devil-may-care attitude to places such as New York, Libya, Argentina and beyond.

Throughout these adventures Harry soaked up local culture, particularly whilst in The Big Apple. It was there he discovered variations of the classic dockers’ workwear he was used to seeing in Liverpool, plus the luxury of fine Brooks Brothers shirting that helped form his Sunday best back home. There was also a whole host of music, which he and many like him appropriated and helped birth the Mersey Beat sound, regularly bringing back rare vinyl from the states.

Harry continued his travels for several years, bringing pieces of his life abroad to England, setting trends with his newfound garments, music and more. It was this global lifestyle which helped chisel the man we now know and love, one who has never forgot his working class roots or the true value of a hard day’s work, blackened hands and all.

An original Cunard Yank, Billy first travelled the seas as a merchant seaman, before working as a chef on the famous trans-Atlantic cruise-liners between 1952 and 1976. As a keen photographer since a boy, upon first landing in New York he immediately put his photographic skills to good use, and captured the sights, sounds and styles of this technicolour world.

Billy made the most of his opportunities, travelling both North and South America, whilst also bringing back quite possibly Liverpool’s first jukebox and playing a part in the acquisition of George Harrison’s famous Gretsch guitar.

Billy’s pictures convey working life on the Cunard line, periods of leave in 1950s Liverpool, and of course, the evolution of the ‘Cunard Yank’ style and of course images of the iconic city and it’s people that inspired his generation, New York.

ABOUT NEXT STOP NEW YORK

Liverpool Next Stop New York is a project investigating the huge impact that Black American music has had on the city of Liverpool and its people, and how it continues to do so to this day.

We celebrate the exploits of Harry and his peers – the men whose cultural diffusion in the 1950s and 60s that helped spawn a look, a sound and an attitude .. in Liverpool and beyond.  The exhibition includes photographs from Harry Stedman’s personal collection, as well as images from Billy Harrison – photographer, filmmaker, and Cunard Yank, plus a limited edition screenprint by illustrator Ben Newman.

Presented by Next Stop New York.