Home The Serving Library: On “Ty i Ja” [You and Me] 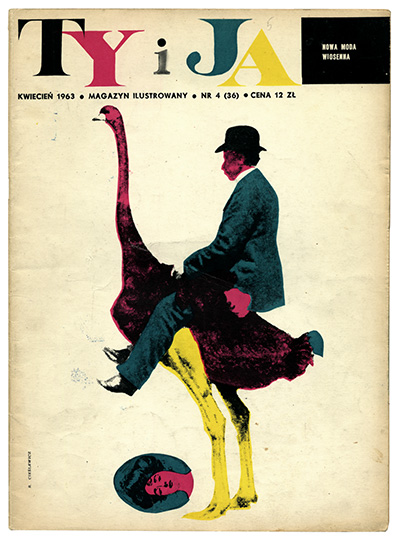 David Crowley will introduce us to “Ty i Ja,” a magazine run by the communist women’s league in communist Poland until around 1960, when it was hijacked by a group of young artists, designers, writers, and filmmakers. Thereafter, it served as a vehicle for fantasies largely prohibited in the Soviet bloc. “Ty i Ja” was at first used like a seance—to make contact with the dead from the world before the “revolution.” Later, it became the home of a cargo cult: its pages filled with sparkling “pop” advertisements for products in such short supply that they needed no promotion. The evening will also include screenings of films: extracts from Vera Chytilova’s “Daisies,” Walerian Borowczyk’s “House,” and Roman Polanski’s “Lamp.”

The bar will be open, serving for a modest fee. All welcome.