Home 1:11: ‘SKYWRITER’ Vs vs Stephen Poleskie

1:11: ‘SKYWRITER’ Vs vs Stephen Poleskie 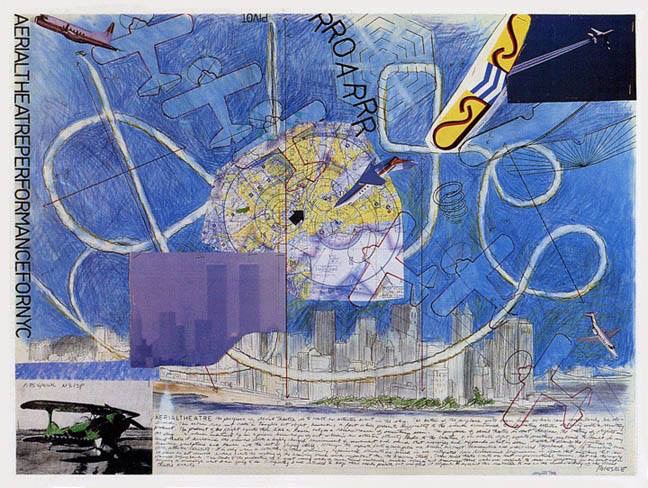 1:11: ‘SKYWRITER’ Vs vs Stephen Poleskie

‘SKYWRITER’: Vs vs Stephen Poleskie

For their next show, Vs is collaborating with artist and writer Stephen Poleskie.

His artwork features in the collections of numerous museums including the Metropolitan Museum, the Whitney Museum, and the Museum of Modern Art in New York; The National Collection, Washington, D. C., The Walker Art Gallery in Minneapolis, Milwaukee Art Museum, The Neuberger Museum, Muscarelle Museum of Art, the HF Johnson Museum, The Brooks Memorial Art Gallery in Memphis, The Museum of Modern Art, Mexico, D.F., The State Museum in Lodz, Poland, the Victoria and Albert Museum, and the Tate Gallery in London, John Hansard Gallery, University of Southampton, UK, and the Caproni Museum, Trento, Alternative Museum, Lido de Spigna, and Castel Vecchio, Verona, all in Italy.

Poleskie’s career has spanned more than fifty years and has exhibited in an endless list of countries all over the world, whilst teaching and working as a visiting art professor at numerous art colleges and art schools across the planet.

This artist has created artwork using a wide range of media and subject matter – from abstract expressionist painting, to ‘sky painting’ with the use of his own aeroplane! In 1961, he opened his own screen printing shop in New York which attracted artists such as Andy Warhol, Robert Raushenburg, Claus Oldenberg, Elain DeKooning, amongst many more who used his space to work alongside him to create prints. Now, his practice focuses more on writing but he would love to get involved in painting and printing again.

Thus, Vs are now collaborating with him to create a show which will represent Poleskie through their synergic artwork. This exhibition reinterprets Polskie’s art by highlighting key frameworks of his life. This art trio welcome anyone and everyone to come and see what they have been working on for the past few weeks and in turn, learn more about Poleskie’s incredibly interesting life.