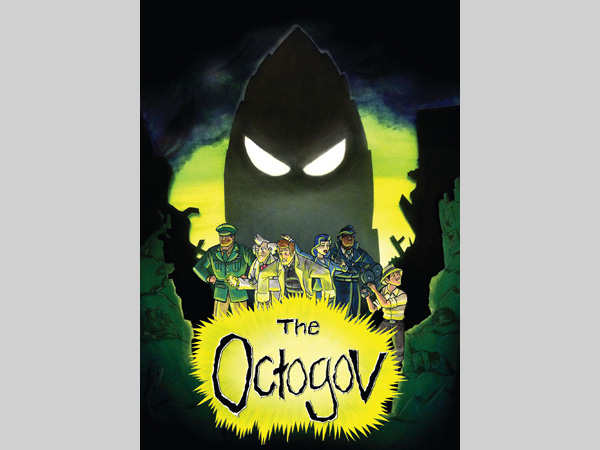 This exhibition is the first of its kind, a real insight into the development and making of an animation film.

The creators James Hatzisavvas and Scott Leyland first met at college and after both graduating from Glyndwr University they started to develop a unique animation style rooted in illustration and puppetry.

The exhibition will be a quirky and interactive look at the work of James and Scott. In its uniquely humorous way it is an in depth look into their style that blends modern and traditional animating techniques, reminiscent of Gerry Anderson’s Thunderbirdsand Toho’s Godzilla.

At its heart is the comedy element that is in both the design and story; many of which are hidden “Easter eggs” scattered throughout their work.

Mike McCartney, photographer, musician and author, who has given a lot of advice and support to the film says he’s “Looking forward to the talented local animators James and Scott’s “Making a monster” exhibition at the Rathbone gallery”

The exhibition opens at the Rathbone Studio, 28 Argyle Street, Birkenhead on Saturday 30th January until 23rd March. The Studio is open Tuesday to Saturday 2.00pm – 5.00pm.