Museum of Liverpool: Reel Stories: Liverpool and the Silver Screen 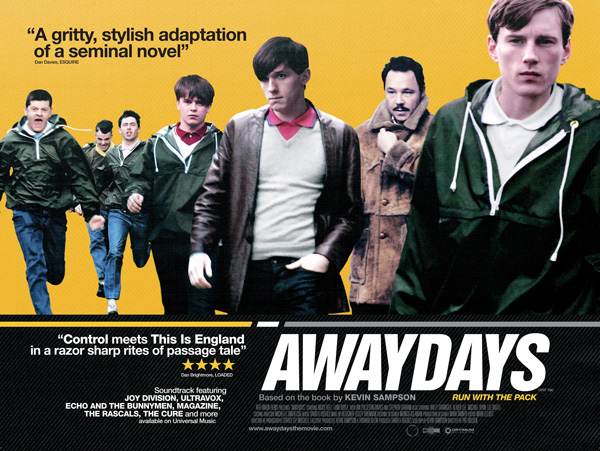 Museum of Liverpool: Reel Stories: Liverpool and the Silver Screen

Displaying more than 40 original film posters, the exhibition shines the spotlight on Liverpool’s cinematic history and celebrates its enduring relationship with the silver screen. As the most-filmed city in the UK outside of London, Reel Stories: Liverpool and the Silver Screen explores Liverpool’s ability to take on a leading role.

A city of storytellers, Liverpool has starred as itself on many occasions, providing the perfect backdrop to tell the stories of its people and culture.

With its own Film Office, bringing £20million to the city’s economy, the city has played host to more than 6,000 productions since the Office opened in 1989, portraying locations as diverse as Victorian London, New York, Chicago and Russia.

Paul Gallagher, Acting Senior Curator of Urban History at the Museum of Liverpool, said: “One of the earliest posters on display is Waterfront, a film made in 1950. We’ve got a whole section that explores the waterfront – the portal into the city – its stories and people. Other themes include crime, youth sub-culture and faith, as well as the works of Liverpool auteur, Terence Davies whose idiosyncratic films include Distant Voices, Still Lives, The Long Day Closes and more recently, Of Time and the City.

“Very few cities are instantly recognisable on screen; Liverpool ranks alongside the likes of New York, Los Angeles and London. It’s testimony to the number and range of films made here that Liverpool has embedded its architecture, landmarks and characters in the minds of movie-goers.”

Assistant Mayor and Cabinet Member responsible for the Film Office, Councillor Wendy Simon, said: “This is set to be a fascinating exhibition and will give a taste of the breadth of films in which Liverpool has taken a starring role.

“Liverpool is one of the most-filmed cities in the UK thanks to the diverse locations on offer and the work of our dedicated Film Office team, whose knowledge of the city and willingness to go above and beyond, attracting film and TV productions time and time again.

“We’re pleased to have supported National Museums Liverpool with this showcase and think it’s a great insight into our silver screen success.”

Reel Stories also looks at Liverpool’s historic and iconic picture palaces, including The Paramount and The Forum. The city was home to some of the North West’s most luxurious picture houses – perfect havens of escapism.