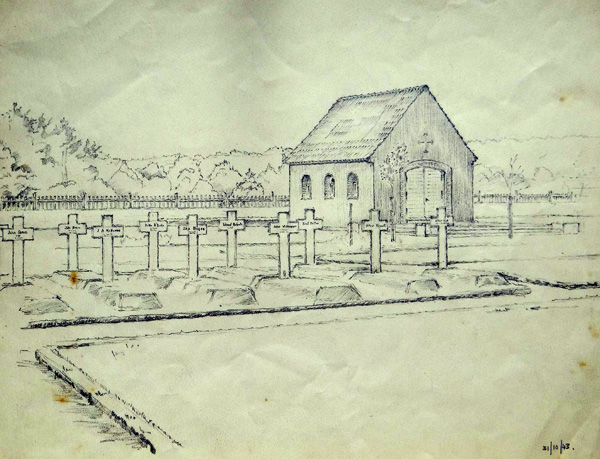 The Williamson opens on 15th July a small display in tribute to Liverpool artist Thomas Burke to mark the 70th anniversary of his death. A Liverpool-born artist with a building reputation in London before 1939 he joined the Merchant Navy and served as a radio operator in the Mediterranean. He was captured in Cyprus and became a prisoner of war for 5 years in several camps but died shortly after his release in 1945. He never married but had friends and family who treasured memories of him and who have made this display possible including paintings from before the war (one borrowed from the Houses of Parliament), drawings of the camps and fellow prisoners and the watercolour set of 14 Stations of the Cross he painted for the chapel of Stalag Luft4.