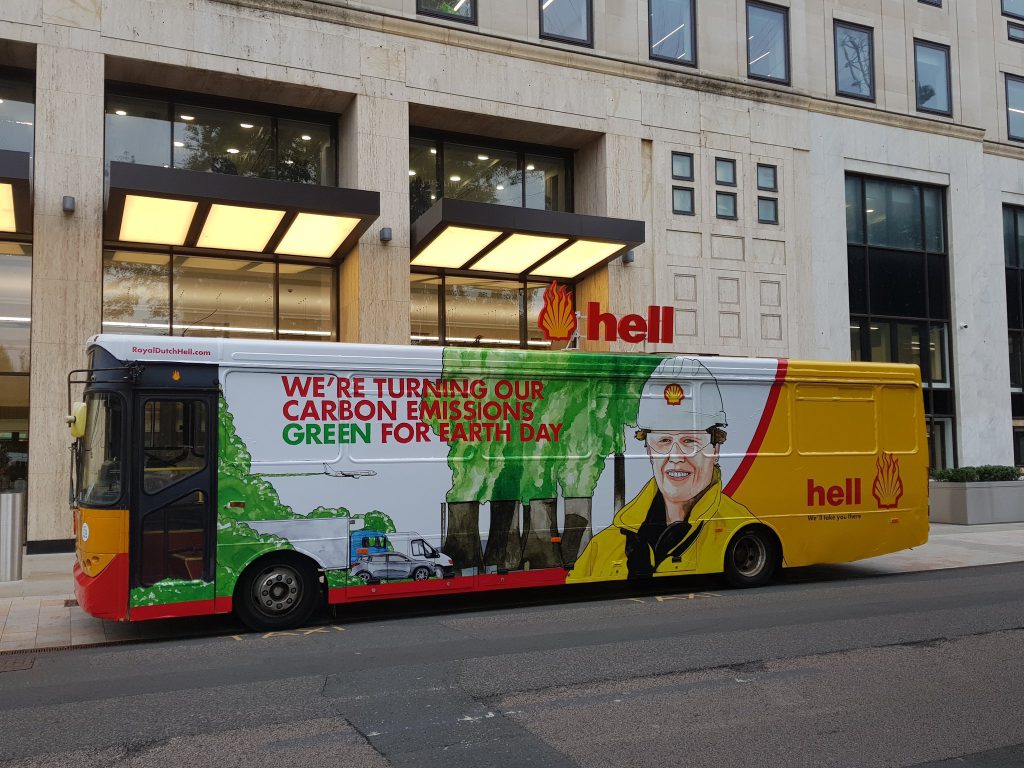 The Hell Bus is in town for one night only! Join us for a look inside the bus, followed by a talk from creator Darren Cullen

Darren is a satirical artist from Leeds, now based in south London where he runs the Museum of Neoliberalism. Cullen is best known for his Mini Daily Mail, Action Man: Battlefield Casualties toys, and Pocket Money Loans payday loan shop for kids which featured at Banksy’s Dismaland.

Cullen’s anti-Shell work has previously been the subject of an unsuccessful cease and desist from Shell who didn’t find it very funny, but the bus has toured around the country from COP26 to Glastonbury and will be free to view at Make Hamilton Square on Saturday 19th November.

Pop in after work for a tour of the bus, followed by a talk and Q&A with Darren!