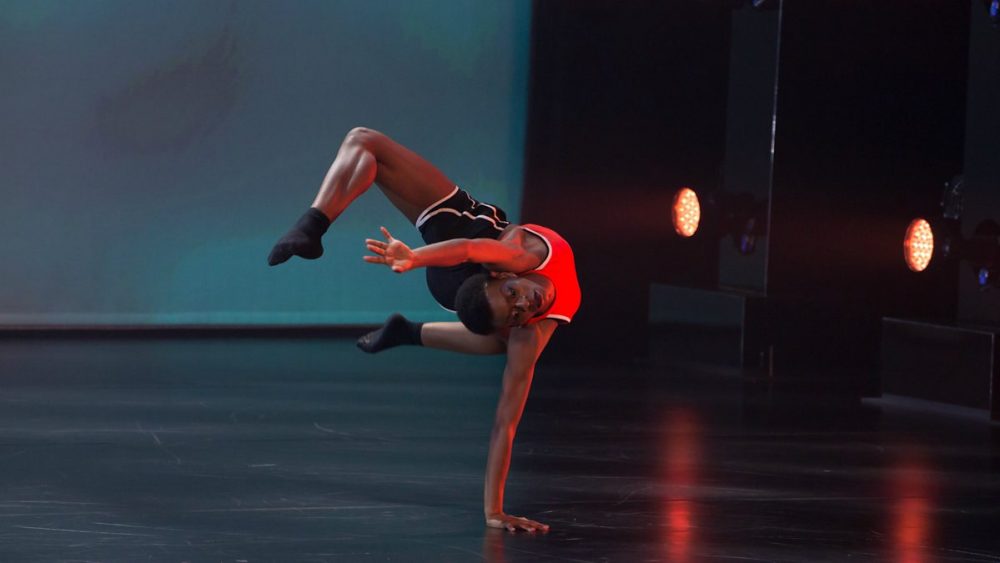 Culitv8 dedicates a whole day to exploring the transformational power of black dance. Speakers, performers and practitioners will engage, examine and appreciate the form as we debate its importance in our society.  Sharing our cultural understanding of how we perceive the world we live in, we present and expose audiences and participants to culturally diverse dance makers, protagonists, educationalists, community activists and producers.

The Workshop: Uchenna Dance
10am – 12pm
A two hour workshop aimed at student/professional dancers, exploring the cultural origins of the Uchenna signatory blend of dance styles.

We are living in world that constantly talks about multi-culture, but this is not always reflected through the practice and education of dance development.

Over the years, MDI has been speaking to artists and producers, both emergent and established, and there is a recurring acknowledgement that the growth of African diasporic practices needs to be promoted and celebrated.

MDI is committed to bringing African Peoples’ Dance, created by national and international artist/companies, to the city to share their knowledge and skills of African dance and the Diaspora. This is contributing to the development and understanding of the form.

Cultiv8’s curator Maxine Brown has invited 5 outstanding speakers to debate this provocation from their own perspectives:

Sharon Watson is the 7th Artistic Director of Phoenix Dance Theatre. Trained at the London School of Contemporary Dance, she was one of the first female principal dancers invited to join the all-male, award-winning Phoenix Dance Company, touring with the company from 1989 to 1997. Sharon left Phoenix to set up her own company ABCD but returned in 2009 as the new Artistic Director. Since then she has been named ‘Yorkshire Woman of the Year’ in 2016 and acknowledged at the 2017 Northern Power Women Awards as part of the very first ‘Top 50 Power List’ for her commitment to improving diversity within the arts.

Beverley Glean MBE is the Founder, Chief Executive Office and Artistic Director of IRIE! dance theatre. Trained at the Laban Centre London, The Jamaica School of Dance and The Conjunto Folklorico Nacional de Cuba; she has continued her training and development in dance and culture by working alongside artists from West Africa, Europe, USA, and the Caribbean. Beverley has worked in the field of African Peoples’ Dance for over 30 years. IRIE! dance theatre pioneered the move towards representing and promoting reggae music and its movement nuances on stage. As well as its touring dance theatre company, it has developed a sought-after education and community outreach programme and the only accredited course in African & Caribbean Dance in the UK.

Jeanefer Jean- Charles is a Mass Movement Director, Choreographer and Creative Consultant who delivers large scale performances and training for artists and organisations. Her unique creative process brings to life the talents, strengths and shared stories of local communities and artists, in inspiring and unforgettable ways. Embracing her passion for Jazz, Street and African Dance, Jeanefer will reveal what inspired her to dedicate her life to empowering others through movement and dance.
‘I believe everyone should dance. It’s a force that can not only change lives but can change the world’

Carolene Hinds specializes in Authentic Jazz Dance and as the Artistic Director of the Jiving Lindy Hoppers from 1991 to 2007 she travelled worldwide teaching, performing and training with the masters of this dance technique. She has choreographed for stage and screen and had the pleasure of being an assistant choreographer for the Opening Ceremony of the London 2012 Olympics in which Lindy Hop was featured. She has chaired organisations such as ADAD and Spare Tyre Theatre Company and was recently appointed to the council of UKAdance. In 2017 she was an integral part of the team that devised and delivered the first Blackpool International Carnival. She serves as a Governor in 2 Blackpool schools where she continues to promote dance.

Cultiv8 is an opportunity to come together and participate in this area of work and contribute to the important issues that we hope to reflect in the session. Let’s consider what diversity really means for artists making and presenting work in these styles.

Solo performances from a diverse group of women that takes the temperature of Black Dance in the UK today:

Claricia Parinussa
Anon. [allochtoon]
belum: not yet, not as yet (Behasa Indonesie)
This work forms the departure point of a research inquiry into the history of Indonesia under the Netherlands colonial rule. Exploring the effects on the indigenous communities enlisted in the Dutch military before, during and after WWII, the inquiry considers questions of coercion, oppression, autonomy and resilience.

Nafisah Baba
Inescapable: choreographed by Nafisah Baba.
Near the place where your feet pass: a collaboration between Laila Diallo and Nafisah Baba.
Nafisah Baba was named BBC Young Dancer 2017 and has worked with Phoenix Dance Theatre as well as developing her own solo practice.

Charlene Kaliyati
MARTHA
African contemporary performance, the inspiration coming from the dancer’s mother, portraying the story of a strong black woman, with a message of empowering females through dance. The piece utilises autobiographical techniques and draws upon Charlene Kaliyati’s own experiences of overcoming situations.