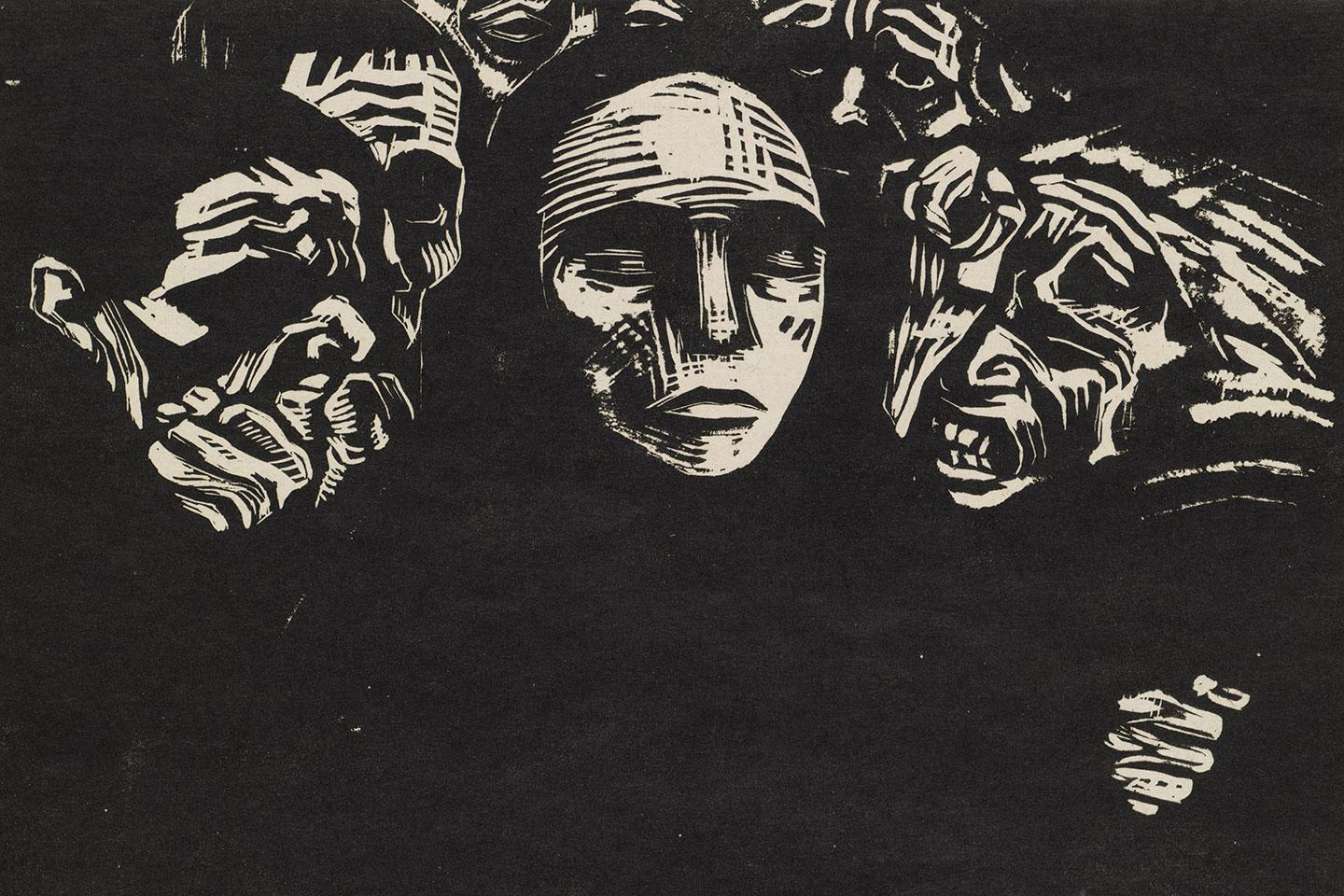 Opening at the Lady Lever Art Gallery on 2 October, German Revolution Expressionist Prints is a powerful exhibition portraying a chaotic post-First World War Germany and featuring works from some of the 20th century’s most renowned artists including Picasso, Kollwitz, Munch, Schiele and Beckmann.

This monumental group of works juxtaposes the very different responses artists had to the turmoil of Germany’s revolution in the period 1900 to 1925. Some turned their backs on the physical destruction and looked inwards. Kokoschka, Schiele, Schmidt-Rottluff, Nolde, Pechstein, Heckel, Dix, and Corinth all made prints exploring human stories as an antidote to the disaster of the war.

Others, including Kollwitz, with her raw and carefully observed works, encapsulated the terror, hunger and sheer misery that enveloped the city of Berlin, which had been the German world’s great international centre for the production and exhibition of art. Works by Munch, Picasso and Goya are also included in the exhibition to demonstrate the influence of other European artists on those working in Germany at the time. The exhibition also looks at the range of printmaking methods used by the artists, including woodcut, lithography and etching.

Ann Bukantas, Head of Fine Art for National Museums Liverpool, said: “This exhibition looks deep into the heart of a very dark time in Germany’s history when artists were rejecting French Impressionism as superficial and bourgeois. They were witnessing terrible suffering among the poor and vulnerable in their country and sought a way to represent this.

“They created radical and diverse works – some were a bid to escape the turmoil of the German revolution while others were a desperate cry for change. Even today, these visceral images still possess a universal power to stir the emotions.”

The exhibition is organised by The Hunterian, University of Glasgow.