Home International Slavery Museum: Am I Not a Woman and a Sister?

International Slavery Museum: Am I Not a Woman and a Sister? 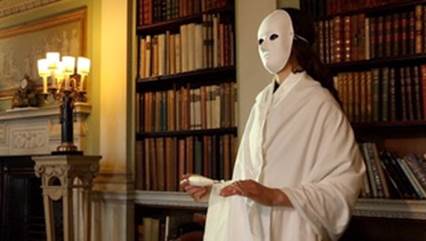 International Slavery Museum: Am I Not a Woman and a Sister?

‘Am I not a woman and a sister’ is a new moving image installation by Manchester- based artist Elizabeth Kwant, co-created with female survivors of modern day slavery in partnership with Liverpool charity City Hearts.

The work is the culmination of a yearlong project researching the archives and collection of the Merseyside Maritime Museum and the International Slavery Museum Liverpool, seeking to better understand the history of the trans-Atlantic slave trade and its connections to the North West of England – Kwant’s birthplace and the place she calls home.

Through her past work ‘In- Transit’ -where the artist embodied and retold migrants stories through site specific performances staged across the Mediterranean – Kwant became interested in the therapeutic benefits of theatre for survivors of trauma.

The artist initiated a series of movement workshops in collaboration with British Barbadian Choreographer Magdalen Bartlett Luambia, giving female survivors of modern day slavery tools and agency to create their own performances. These embodied performances were shot progressively in a studio and then on location at Harewood House, built between 1759-1771 for wealthy plantation and slave owner Edwin Lascelles, 1st Baron Harewood.

Through objects, sound, and repetitive movements, the film reflects upon colonial slavery and its ongoing legacy in modern Britain, raising questions of colonial history and human trafficking today. A specially commissioned soundtrack composed by musician Sarah Sarhandi compliments the film.

The project will also include a publication documenting the workshops including; a forward by acting curator of the International Slavery Museum Jean- Francois Manicom, a commissioned text by independent writer Sara Jaspan, behind the scenes photographs and transcribed conversations with the female participants.

This installation has been supported by Arts Council England, International Slavery Museum and City Hearts.