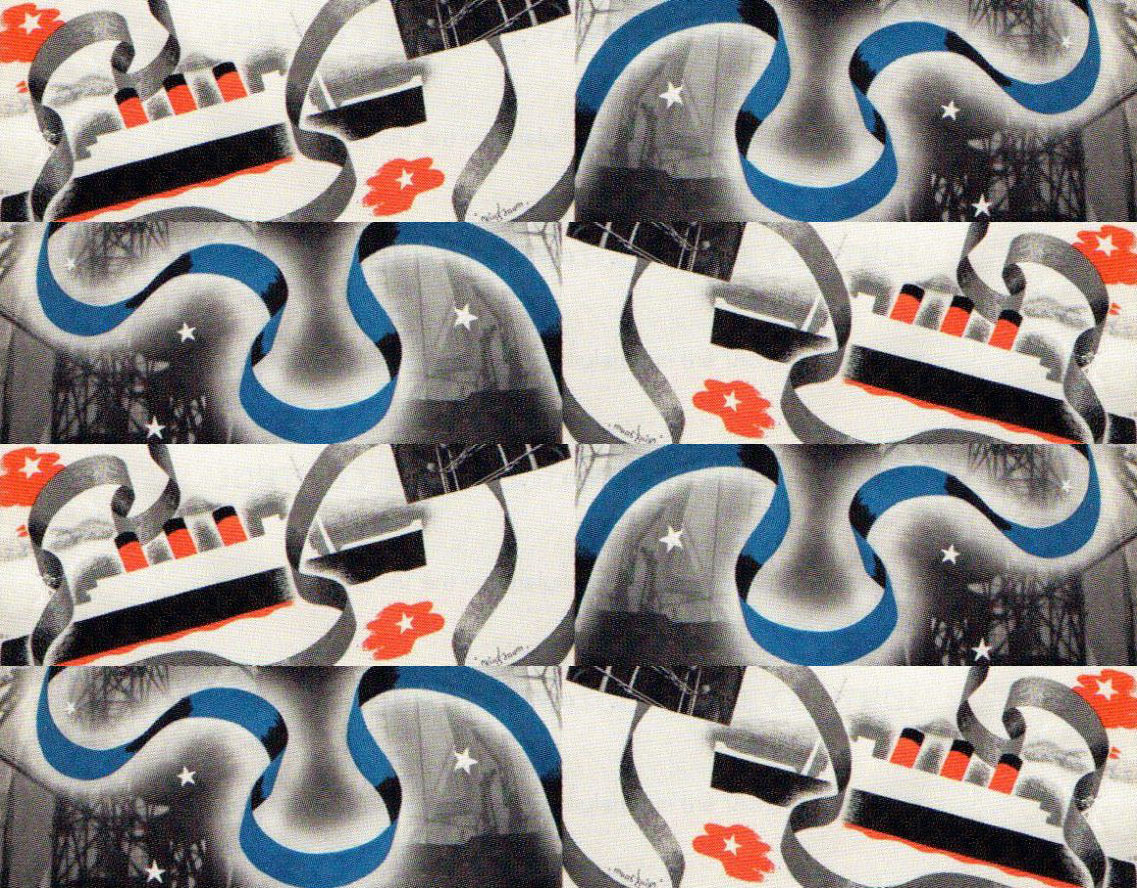 The Maiden Voyage by Jenny Steele

The Maiden Voyage is a new site-specific installation and dance work that has developed out of a research-led project by contemporary visual artist Jenny Steele. The Maiden Voyage takes inspiration from to the spread of ‘Art Deco’ modernist architecture across the transatlantic from the United Kingdom to New York during the 1930s, both through the transportation of people and the design and promotional advertising of 1930s transatlantic ocean liners themselves and presented at Georges Dock Plaza, by the Grade II-listed Georges Dock – Ventilation Station and Combined Control Centre for the Mersey Tunnels.

Following the devastation of World War One, the period of mid war or ‘Art Deco’ design was optimistic in style and promoted ideas of health and wellbeing. After an extensive time researching the architectural style of the period in both the UK and USA, Jenny Steele has expanded her focus now into the design and promotional advertising of prominent mid war transatlantic ocean liners that departed Liverpool for New York. A starting point for Steele’s research was the Archive of the Cunard Steamship Co Ltd at the University of Liverpool’s Special Collections & Archives, where her research explored the promotional language, design and visual style of Cunard’s mid war elite liners. As well as taking inspiration from the descriptions of the positive experience of life on board from reading some of the passenger’s letters home that are held in the collection.

At both Manchester’s North West Film Archive and Screen Archive South East at the University of Brighton, Steele also viewed home movies and promotional films that show life aboard the liners including an abundance of relaxation in the open air, and exercise such as swimming, tennis and shuffleboard. Steele also found the idealised, stylish imagery that reflected life on board in vintage Vogue and Harper’s Bazaar magazines from the 1930’s held at The British Library, which shared clothing for ocean liner travel in photoshoots and illustrations. And she viewed first hand, examples of 1930’s bathing costumes, lounging pyjamas, dress and formal wear at Worthing Museum & Art Gallery, which holds one of the most significant costume collections in the UK.

All of this research has led to Jenny Steele’s new site-specific installation for Georges Dock Plaza, to the side of the Grade II-listed Georges Dock Ventilation & Control Station (built 1931-34). The Maiden Voyage will revive the spirit and optimism of 1930’s mid war transatlantic travel, highlighting Liverpool as a historically important port for travel to North America. Steele’s own drawings and prints influenced by design details and the style of the period, will emblazon the Art Deco Georges Dock Plaza that was designed by architect Herbert James Rowse and with sculptures by Edmund Charles Thompson with George T Capstick, as well as inside the original iconic green tunnel tollbooth that sits in the centre of the square, from 8 to 22 September 2019.

Steele has also created a circular 6 metre-diameter appliqué textile work that will be fixed to the circular plant access cover on Georges Dock Plaza beside the toll booth. The textile will also be utilised within a dance collaboration that will celebrate the optimism of transatlantic travel from 2pm on Wednesday 9 October with Merseyside Dance Initiative’s (MDI) Jennie Hale, and participants from intergenerational groups to be performed at the Arrival Hall of the former Cunard Headquarters, the Grade II*-listed Cunard Building.