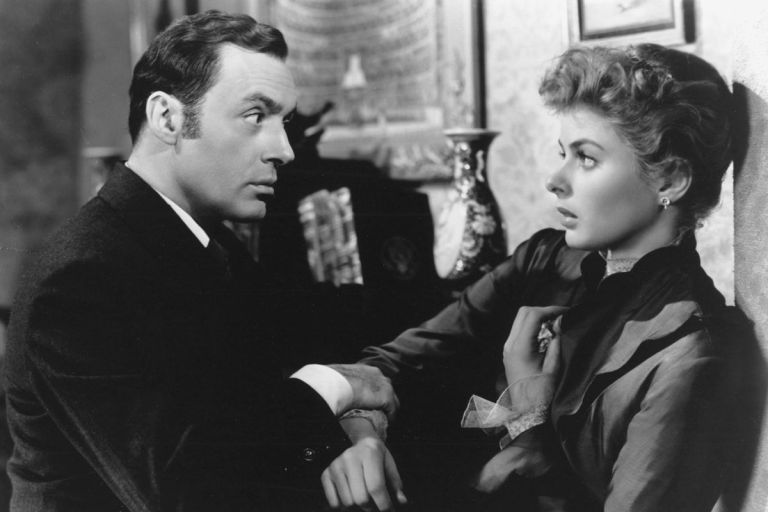 Gaslight (1944) a mystery-thriller film, adapted from Patrick Hamilton’s 1938 play about Ingrid Bergman’s character whose husband slowly manipulates her into believing that she is going insane. The film was nominated for seven Academy Awards, including Best Picture, Best Actor and Best Screenplay; it also won the Academy Award for Best Actress and Best Production Design.

The phrase gaslighting is now used to describe psychological abuse to manipulate somebody so they doubt their sanity.

The 1944 version was the second version to be filmed, following the British film Gaslight, directed by Thorold Dickinson and released in 1940. This 1944 version was directed by George Cukor and starred Ingrid Bergman, Charles Boyer, Joseph Cotten, and 18-year-old Angela Lansbury in an Oscar-nominated screen debut